Competition for streaming services is intensifying by the minute. Yet as it does, entertainment companies are having to reconsider their motives. The takeaway? Keep it simple.

Paramount+ is just one example. The streaming service recently opted to make content from the premium cable brand Showtime, like Yellowjackets and Billions, available within the Paramount+ app, so long as viewers shell out an additional monthly price. And even as it does that, the company is considering getting rid of Showtime’s streaming service entirely and putting those shows and movies on Paramount+, as first reported by the Wall Street Journal.

Paramount CEO Bob Bakish confirmed the move was on the table in remarks to investors. “Quite frankly, if we weren’t having that conversation, you should fire all of us,” he said at a conference last month. “Because we should have that conversation.”

The conversation that’s happening at Paramount+ is becoming commonplace across the streaming landscape. One way or another, companies with multiple services in their portfolios are looking at ways to stitch their sometimes disparate services together to hopefully make their offerings more attractive to customers and the advertisers that want to reach them.

Disney, which has long offered customers a soft bundle of Disney+, Hulu, and ESPN+, is considering integrating its services more directly with one another, especially as it approaches the chance to take full ownership of Hulu from NBCUniversal in 2024, Disney CEO Bob Chapek told investors this month.

“There’s going to be an opportunity at some point in [2024] specifically…to reconsider the way that we go to market,” Chapek said, in reference to Hulu. And in interviews with Variety and the Los Angeles Times this month, Chapek hinted that he was leaning toward a hard bundle. “Right now, if you want to go from Hulu to ESPN+ to Disney+, you have to go from one app to another app,” he told Variety. “In the future, we may have less friction.”

There are potential benefits to the hard-bundle approach. Paramount+ offers hard bundles in markets like the UK and Germany with Comcast-owned Sky Cinema and French streamer Canal+ both offering subscribers access to Paramount+ for no added cost; those partnerships, execs have said, have helped both with subscriber uptake and churn.

“Think about it as adding a tier of subscribers,” Bakish said this month. “You get a very material subscriber-add uplift on a light-switch basis. You have zero subscriber acquisition costs, and your churn tends to be very low.” While average revenue per-user is lower due to the financial arrangement of those hard bundles, he admitted, the lifetime value of each subscriber can end up being higher compared to non-bundled customers.

In other cases, though, media companies are opting to deposit all the shows and movies a company has available into one central place. Warner Bros. Discovery, which operates HBO Max and Discovery+ as separate services that aren’t bundled in any way, is readying to debut a single new service by summer 2023, executives announced earlier this year, although many of the details, including its branding and price, remain under wraps.

“One central thesis here is the ability to, by combining these two content portfolios, create something that attracts viewers for the lighthouse type of content that HBO Max offers on the one hand, but then also the Discovery content, which drives daily engagement and that daily viewership,” Warner Bros. Discovery CFO Gunnar Wiedenfels told investors this month. “I believe that that’s a very, very powerful combination. It remains to be seen. We need to prove that out. But I have deep conviction in that thesis, and you only get that by combining the product.” 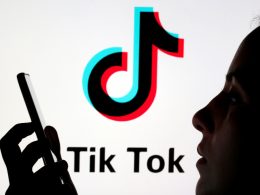 TikTok’s organic reach has been extremely beneficial to small business owners. The app has aided users in discovering… 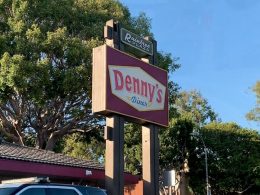 Why brands are choosing TikTok over licensed music for ads 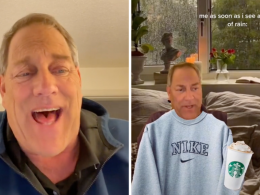 These trends are easily accessible for brands looking to participate in the platform’s latest fads. Three current trends…