Why podcasts ads are going beyond digital advertisement

In the US, podcasts are estimated to reach $4 billion in ad revenue by 2024. The ad potential is now going beyond in-house advertising and out into real life billboard, poster and other out of home advertising methods.

The strategy has its challenges: It’s difficult to measure conversions and more expensive than average audio campaigns, podcast marketers told Marketing Brew. Nevertheless, some major podcast networks are excited about the format as a way to reach beyond typical podcast listeners.

For many podcast companies, OOH is a new frontier. Slate debuted its first OOH campaign for a podcast this summer, putting up billboards for its new season of Slow Burn, focused on Roe v. Wade, in seven states “that currently have some of the strictest abortion laws” in the country the same week the Supreme Court ruled on Dobbs.

Podcasts are typically promoted on other podcasts, where advertisers have the assurance that they’re reaching people who are already fans of the medium. So why advertise in front of such a broad audience that very likely includes people who’ve never listened to a podcast?

The latest season of Slow Burn hinges on interviews with activists on both sides of the abortion debate, many of whom were alive in the early ’70s, when Roe was decided. Host and executive editor Susan Matthews said Slate wanted to make sure the show was “accessible” to that demographic.

Once the company decided to dedicate its marketing efforts toward amplifying the story of Shirley Wheeler, who was arrested after she had an illegal abortion in Florida in 1970, it also made sense to put the campaign in front of people in states with trigger laws “where it feels like basically immediately women could be prosecuted for getting an abortion,” Matthews said. Every time I see my dad in a new item of clothing or with a new dad-like gadget,… Just Egg is the alternative to chicken eggs mid shortage 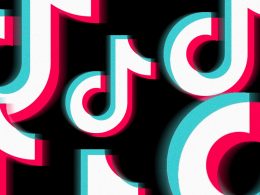