Why brands should be more ‘political’

Until a few years ago, business owners were advised to never talk religion or politics at work functions or dinners. Why risk taking a stand on an issue that could easily offend the people you are with or the customers you seek? But with the surge in social media? My, how times have changed…

On the Tuesday, Kofi Amoo-Gottfried, chief marketing officer of DoorDash, spoke about the delivery app company’s decision to invest more in the needs of drivers, or—in DoorDash’s terminology—dashers.

At Advertising Week, Amoo-Gottfried highlighted a campaign called Beyond the Dash, which supports the goals and career paths of DoorDash drivers. One dasher, Özgür Seyben from Turkey, was able to pursue his dreams of filmmaking when the company partnered with Tribeca Studios, Chromista, and director Patricia Riggen to bring his film “Alien (The Other)” to life. The film premiered at this year’s Tribeca Film Festival. DoorDash posts stories like Seyben’s on its Beyond the Dash site.

DoorDash is also continuing its partnership with Angel City Football Club to help address food insecurity in Los Angeles. The initiative, which began last year, is an extension of DoorDash’s deal as Angel City’s front-of-kit sponsor.

DoorDash recently launched an economic impact report with stats about its own efforts, as well as a creative campaign called “A Neighbourhood of Good in Every Order,” to showcase how it helps local communities.

Outside of Advertising Week, my personal favourite example of a conscious corporate company is that of Patagonia, who is frequently applauded for its work promoting sustainability in fashion. The hike-wear company submits to rigid environmental and charitable standards, and they not only monitor their performance they publish annual progress reports. Furthermore, the company uses cotton that is certified organic by the Global Organic Textile Standard (GOTS) and traceable goose feathers. Patagonia’s Downlab collection uses the lightest fabrics and they make jackets that are PFC-free. They’re also excellent at marketing these qualities and have been applauded throughout social media.

Despite the changes, pushed by social media, in promoting socially conscious brands, given the backlash that some companies faced coming out of the “Don’t Say Gay” law controversy, for example, many companies are getting advice from their PR partners to sit back on this issue, at least for the short term. Amy Sezak, SVP of corporate communications at Yelp, posted on LinkedIn that “a well-known PR firm sent their roster of clients a blanket recommendation to stay quiet on Roe v. Wade,” referring to the blowback Zeno Group received for a strategy memo.

“It’s a very complicated issue, because people who are pro-choice still have some qualms about abortion and people who are pro-life have qualms about restricting women,” said Justine Griffin, principal at Rasky Partners. Still, she says some brands should — and need to — speak out. “The set of companies that should be commenting [against the overturn] are those who are already very progressive, whose value system is part of their identity and would be inconsistent with their brands if they didn’t,” says Griffin. “Then there’s a set of brands who will be pushed into it because of their geography.”

Naturally, consumer demographics and timing provide the nuance here and should influence how a brand reacts.

As the tennis star plans to retire, revisit her ads for Nike, Just Egg, DirecTV and more. Serena… “If you’re not collaborating in 2022 (and it’s not on the gram), did it even happen?” chuckles Sophie… 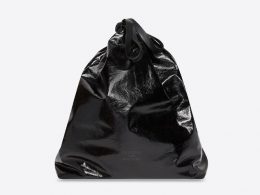