It’s safe to say that if you speak to the majority of London creatives about blockchain technology, they’ll have read about but still express a slight iffi-ness in regards to how exactly it can fit into current creative culture on an everyday basis.

Web3 exists on the principles of decentralisation, with no centralised authority controlling or regulating the network. This model allows for a greater level of user engagement and involvement, where crypto communities take centre stage in the Web3 space and have the power to make or break a project. I.e, as a music artist, you deliver your music to fans directly without Spotify or Apple Music taking a large chunk of the exchange.

A huge difference between a centralised Web2 and a decentralised Web3 is community, with Web3 being the one prioritising the need for collectivisation. The community around a project is critical for its success because they are the ones that will help build and grow the project. A strong Web3 community provides input on everything from product development to marketing initiatives. They will also be the ones that help spread the word about the project and get it in front of a vast audience if the product or service is of great value.

Web3 communities are not static; they are ever-changing and evolving. As the project and its developments grow, so too does the community. It is essential to adapt according to the community’s dynamic needs as they change over time. It’s also important to note that the project is nothing without its community, which is why transparency is essential to keep members and investors motivated.

Although the idea of an internet created by the people for the people might still be foreign to some, many companies and personalities are already thriving in the decentralized space, ushering in the new norm for pop culture. Web3 is more about learning what this new internet places at your disposal: groundbreaking tech, community empowerment and a new way of thinking about the internet and web-based applications.

I would argue that perhaps the main reason Web3 isn’t bridging with culture in the way it could do is that it just isn’t sexy enough yet. The early days have seen over excitement with iPhone pictures of coffee cups being sold for many ETH (crypto currency) rather than a selective hub of high quality artists. For now, a lot of tech nerds and rich white guys are dominating the space. However, there are pockets of super cool, diverse artists who are on the rise and the more these communities come to the forefront the more exciting the scene will be. It reminds me a lot of the early days of Instagram which saw teenage girls’ pictures of Fro-Yos and endless collages of people’s toddlers with a vignette filter. This eventually grew into a app that shared the latest cool, underground fashion and photography shots developing it into the Instagram we know today.

Furthemore, Web3 is inherently cool because of its need for authenticity to grow in the platform. Being genuine and transparent can help build trust with your members and entice others who might be interested in your Web3 project.

If you already have a community it could be worth getting them into web3 rather than having to build from scratch. For example, I’ve introduced members of my web2 team (stylists, videographers, photographers and music ad managers) to the world of web3 as well as build connections on the app.

Another thing I believe would help to legitimise the position of web3 in culture is if it maintained more authority in commercial and mainstream spaces. For example, crypto platforms like Luno are collaborating with music venues and festivals like Camden’s KOKO and Victoria Park’s All Points East Festival to bring music artists active in web3 to the mainstream.

How Can Creatives Help The Crisis In Ukraine

As the Russian invasion creates ongoing and devastating crisis in Ukraine, many find themselves in states of uncertainty… 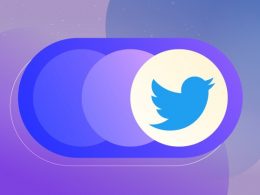 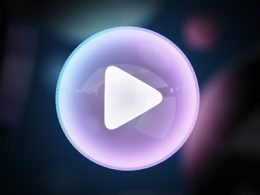