Kate Bush is a feminist icon. To this day, the music industry lacks female producers and musical education in all forms does not encourage women to learn how to produce, write and gain ownership of their music. Kate Bush was doing all this back in the late 70s.

If you’ve discovered her through Stranger Things (you’re a bit late to the game but we will forgive you) then you may have checked out the song credits of Running Up That Hill on Spotify. Not only is the song 100% written and produced by Bush herself but below the record reads; “the copyright in this sound recording is owned by Noble And Brite”. Yes. Kate Bush owns the entire recording copyright to Running Up That Hill, as well as the Hounds Of Love album, and the rest of her biggest hits. Those hits are distributed by Warner Music Group. But they are owned by Kate Bush. They’re not even credited as being licensed to anyone.

An educated guess, then: Kate Bush will be making the majority – possibly even as much as 80% -plus, if she’s on a basic distribution deal – of the recorded music royalties generated by her masters right now.

That would, at rough industry estimates, translate to over $ 200,000 in recorded music royalties from one platform, on one format (streaming), in one week.

Another interesting case of a music artist with autonomy over their rights is Queen who, it’s understood, own their recordings catalogue worldwide outside of North America (where it’s owned by Disney Music Group / Hollywood Records) via Queen Productions Ltd.

Queen licensed their recordings to Universal Music Group for most of the world, but the band (and Freddie Mercury’s estate) own the underlying copyrights.

If Queen was ever to sell those underlying copyrights, MBW estimated last year, especially if they included publishing rights too (currently owned by the band but admin’d by Sony Music Publishing) we could be looking at music’s first billion dollar-plus single-artist catalogue acquisition story.

(Adele’s earlier recordings appear to be owned by XL / Beggars outside the US and Latin America, and by Sony Music in those territories. Adele’s Melted Stone Ltd, by the way, had GBP £ 15.6 million in cash on its balance sheet at the close of 2020, its last published accounts. Adele; no fool.)

Whether you’re a long-term investor or anti-competitive watchdog, a true understanding of the major record companies – and the level of ownership they have over the biggest records of all time – can only truly be reached by digging around under the hood of these businesses.

When you do so, quite often, you will find that the historical tale of superstar artists (new and ‘old’) being owned by (and indentured to) major record companies is fast becoming a nonsensical story in 2022.

These superstar artists, with leverage coming out of their ears, are running independent businesses that hold tens of millions of dollars in cash.

Where does that leave independent artists without cash, then? That’s for another article but social media autonomy and building your own fan base without needing a big advance from a label to harness new listeners is a great power. Web3 also plays a great part here so stay tuned for our web3 newsletter for help on that.

Why Google's cookie confusion is splitting the ad industry 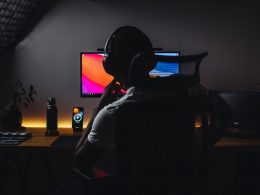 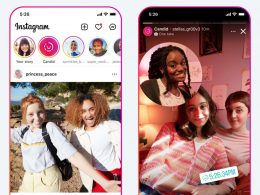 Instagram’s version of BeReal is here … do we care?

Following the success of BeReal and the new TikTok Now feature (essentially BeReal for TikTok), Instagram, the sheep… 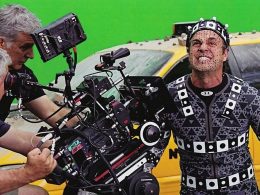