Jermain Cikic is a photographer based in the Netherlands who finds inspiration in the encounters he has with strangers and the ways their stories can teach us even the smallest things about our own lives.

Last summer, Jermain was visiting the island of Samos with an NGO from Berlin called Mare-Liberum. On this trip, he met with people of all ages who had to flee their country. In portraying the intimacies of their life, Cikic was inspired him to start working on a photographic project named Where Dreams Get Shattered. The portraits are also accompanied by a journal which records the conversations held between Cikic and some of the refugees he developed friendships with. One refugee from Samos spoke of their “unpleasant journey” to reach the “land of dreams”. They wrote: “You come to find out it is just a prison that cannot be escaped, surrounded by the sea on all sides, where you miss all the basics of life.” Cikic was determined to situate the portraits of the refugees in a frame that wasn’t tragic and didn’t capture sad-only moments as there is enough of that narrative perpetuated via the media. Instead he wanted to focus purely on the small moments of joy we all experience and tell these through the eyes of the refugees. Instead, his series offers up a bitter sweet, sun-drenched representation of the coast; what’s happening in reality is far from bliss, but Jermain humanises his subjects in a way that makes the situation feel more real and relatable. One standout portrait portrays the bittersweet need for two young boys to cool themselves off with buckets of water in the boiling heat but having fun while doing it. “I learned a lot about the political situation while I was there doing this work,” he continues. “The criminalisation of migration is unbelievable. The things these people have to face on a daily basis is against human rights; a fundamental human right is the freedom of movement and these people are stuck on an island for months and some even years.” It’s a harsh pill to swallow when learning of their realities, but Jermain strives to share these stories for the world to see. Nisa Khan is a young graduate of Fine Art from UAL in Chelsea. Her graduation piece ‘From rags… 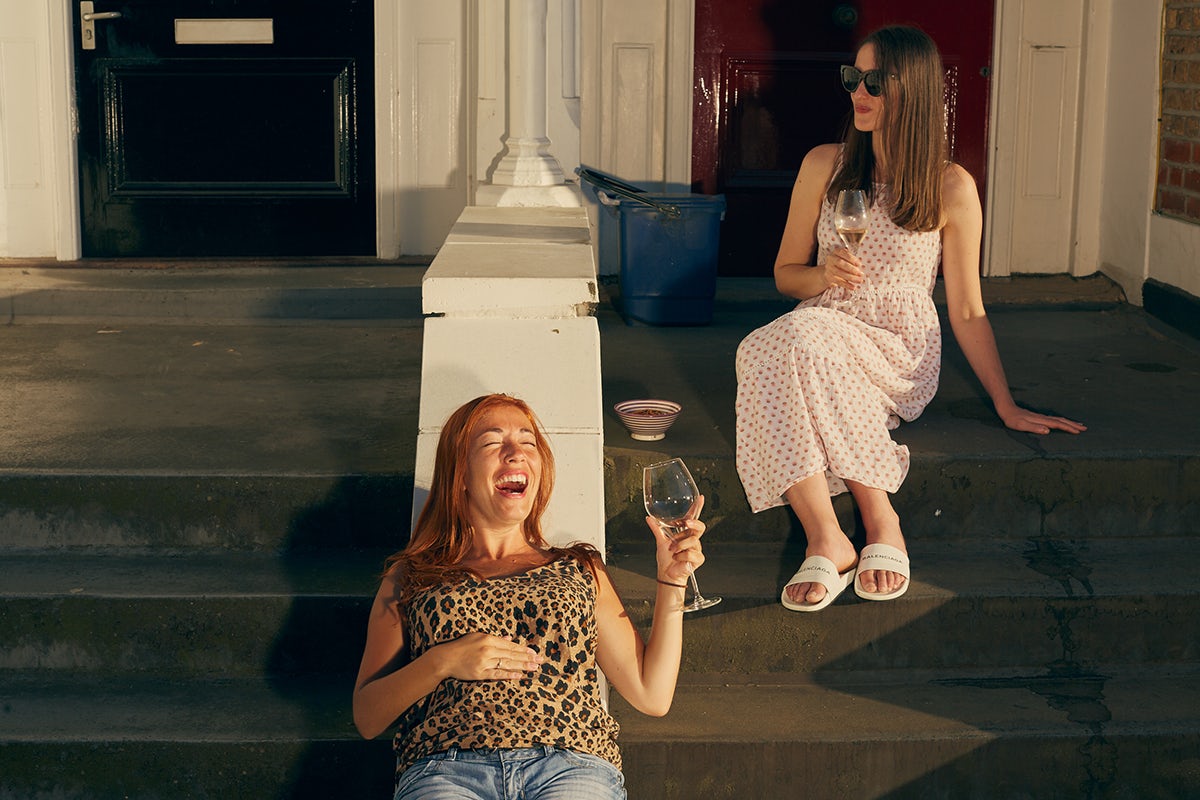