It seems that in the space of 24hr they went from the hottest brand to a sadistic cult. At the centre of the controversy is a series of images that appeared on Balenciaga’s website and social media accounts last week showing children posing with teddy bears dressed in wrist and ankle restraints, body harnesses and other BDSM-inspired accessories. Naturally, the photo shoot is being widely criticised for the perceived sexualization of children.

A figure at the centre of the controversy is Kim Kardashian who has positioned herself as the Balenciaga “It Girl” since her split from Kanye which found her trying to decipher what her look would be post divorce. “I am currently re-evaluating my relationship with the brand, basing it off their willingness to accept accountability for something that should have never happened to begin with ​​— & the actions I am expecting to see them take to protect children,” Kardashian wrote in a Twitter thread.

Shot by photographer Gabriele Galimberti—who has since released his own statement saying that he had no control over Balenciaga’s choice of models or scene-setting—some of the images for the Balenciaga Gift Shop holiday-related campaign also contained other elements besides the teddy bears that observers were concerned about.

In one photo, a spread of Balenciaga accessories and ostensible fetish toys are laid out on a bed in front of a child model; in another, there are a number of empty wine glasses on a table next to the young model.

Facing public backlash, the fashion house owned by French luxury corporation Kering quickly scrubbed the images from its digital channels and apologised, saying in a statement currently pinned as a highlight on its Instagram account that its “plush bear bag should not have been featured with children in this campaign.” (As of Monday morning, all of the brand’s actual Instagram posts appear to have been deleted or hidden from the public.)

The situation worsened after Kim Kardashian tweeted “I appreciate Balenciaga’s removal of the campaigns and apology,” Kardashian wrote in another tweet, which was posted on Sunday night. “In speaking with them, I believe they understand the seriousness of the issue and will take the necessary measures for this to never happen again.” Moments later, another shoot resurfaced from a separate campaign for an Adidas handbag which showed copies ​​of United States v. Williams, a landmark Supreme Court decision regarding the constitutionality of child pornography, were spotted in the background of an image. In the same Instagram highlight titled “Statement,” Balenciaga issued another apology for featuring the “unsettling documents” and said it is pursuing legal action against the parties responsible. Production company North Six and set designer Nicholas Des Jardins handled the work on that set, according to reports.

The main issue, and a running theme, among this scandal, seems to be the lack of accountability. As consumers it is near impossible to identify where the blame should be placed?   seems to be that everyone involved in the process is avoiding blame, so where shall it be thrown? “The public wants to know why it happened,” says Mike Sitrick, a prominent crisis public relations executive in Los Angeles. “It’s the nuances that make the difference in damage control. You can’t just say I’m sorry.”

The controversial teddy bear shoot’s photographer himself, Gabriele Galimberti, wrote “I am not in a position to comment [on] Balenciaga’s choices, but I must stress that I was not entitled in whatsoever manner to neither choose the products, nor the models, nor the combination of the same. As a photographer, I was only and solely requested to lit the given scene and take the shots according to my signature style. As usual for a commercial shooting, the direction of the campaign and the choice of the objects displayed are not in the hands of the photographer.” The lack of accountability and modesty is astounding.

In its apology, Balenciaga used the royal “we”, dancing around the central issue of where the buck stops for its creative decisions. “The two separate ad campaigns in question reflect a series of grievous errors for which Balenciaga takes responsibility,” the brand said. “We are reinforcing the structures around our creative processes and validation steps. We want to ensure that new controls mark a pivot and will prevent this from happening again.”

Who is this “we” and is the only solution a total revamp of the brand and the end of Demna’s work? It is hard to believe that a creative director with such attention to detail could let such an issue slide, arguably, his brain is behind the concept itself. If you’re not on the BeReal wave yet, it basically promises the golden days of Instagram and Snapchat… 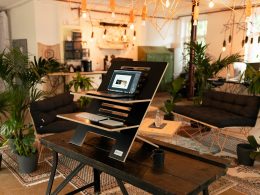 Don’t like WFH? Companies are looking to hire freelancers back into the office

For many, the post pandemic shift to flexible work and working from home is a dream. You can… 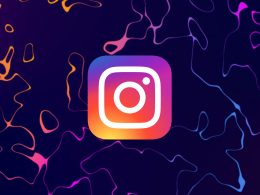