Though released last year, if you haven’t seen the official – yes, official – cover art to Lana Del Rey’s Blue Bannister album, it is hilariously amateurish. Honestly, it looks like the kind of thing your 12 year old niece or cousin might put together on PicsArt or Canva to sweetly wish you happy birthday (if you think I’m being super shady please, do just go look at the cover).

Upon its reveal on social media in April 2021, fans were gobsmacked to say the least. Del Rey is known for her polished, distinctive and stunning visuals from her debut Video Games music video which merged photo booth footage with retro collaging to the iconic High by the Beach video where she shoots down a helicopter. So for the artist to release such a hap-hasard visual for something as serious and official as an album cover, we naturally question her motives. And for those that are true fans, we know that if it’s Lana, she’s going to have a rhyme or reason.

As for the image itself, let’s unpack it. It seems we’re looking at a selfie of Lana Del Rey, with an oversaturated filter. Surrounding the image is an inelegant, hand-drawn frame. And then there’s that curly text (could you not have at least tried one of our best free fonts, Lana?), complete with bizarre yellow discolouration around the edges.

If anything, it looks like something reminiscent of an Instagram selfie from the early birth days of Insta – circa 2013 to be precise. Is our vintage queen redefining what can be referenced as retro and vintage? Instead of 60s Americana is she referencing the nostalgia of the birth of social media as we know it today which is almost a decade old?

No matter what the rhyme or reason is, fans weren’t, well, fans of it. Hilariously, the cover is so derided that a petition has been created to have Lana Del Rey banned from using the software.

It may be a simple marketing stunt which, in this case, surely worked. However we must acknowledge the privilege for high profile artists to make such choices. Only an A lister would get away with such an ironic, humorous and messy move. If a popular yet not so super iconic artist was to do this they’d be ripped to shreds. It also depends on the artist’s status. For alternative artists like Lana Del Rey, FKA Twigs (although she would never) and Azealia Banks it makes (somewhat) sense to make such a move but naturally a polished iconic artist like Shakira (pre tax fraud), Jennifer Lopez or Ariana Grande couldn’t necessarily get away with it. What do you think?

It is also worth noting that while nowhere near as drastically bad, the cover for Alex Cooper’s Call Her Daddy podcast (Spotify’s number 1 podcast amongst female listeners) is giving DIY Canva vibes for season 2. Perhaps a less polished approach favours visual artwork beyond music and into other audio ventures as it contributes to the current desire for authenticity. Recently, a fantastic study was carried out by Vox and The Pudding to truly answer this question. Matt… 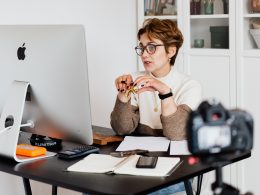 How to reduce algorithm anxiety

Is it just me or can algorithms feel like a creative killer? I just remember that feeling when… 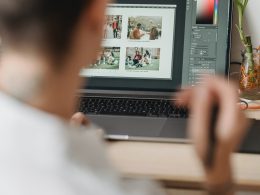