Since Musk took over Twitter just over two weeks ago, a barrage of controversies, U-turns and confusion have followed. As a result, GroupM, , the world’s largest media buyer, is telling advertisers that Twitter is a “high risk” media buy. Group M works with brands like Google, Ford and Coca-Cola on buying ads across media services, representing 1 in every 3 ads globally.

The advice was shared in a document seen by Digiday, which warns marketers about the risks of advertising on the volatile social network. It reads: “Based on yesterday’s news” [Nov. 10] Due to the resignation of additional senior management from key positions, high-profile instances of blue check abuse on corporate accounts, and a potential inability for Twitter to comply with their federal consent decree, GroupM’s Twitter Risk Assessment has been given a high risk rating for all tactics. has been extended to.

According to the document, Twitter will have to address several issues if this stance is to change. Here is a recap of such issues;

However, this does not mean that it is the end for Twitter nor that advertisers are indifferent to Twitter’s fate. They are certainly concerned but realistically, the social network still serves as a major force in the global news cycle and the dramas have lasted almost a month not almost a year.

In an attempt to save its reputation, the app conducted an hour-long pow wow as a means of reassuring advertisers that Twitter had a good future. This follows several brands withdrawing their accounts. Luxury fashion brand Balenciaga deleted its Twitter account this week, the latest high-profile company to retreat from the social media service amid a litany of problems under Musk’s leadership. Eli Lilly has withdrawn its advertising from Twitter after a fake account tweeted that it was making its insulin products free, according to the Washington Post. That fake tweet caused Eli Lilly’s stock to drop and placed renewed focus on the high price of insulin.

Furthermore, a number of major advertisers have paused or pulled their advertising revenue from Twitter amid confusion over Musk’s plans for the service’s blue check marks —which once denoted that an account was verified — and a rise in hate speech. Advertisers including Oreo-maker Mondelez, Allianz, Audi, General Mills, GM, United Airlines and Pfizer have paused their ads on the platform, leading to a major cash crunch for the company.

Musk, meanwhile, is blaming activists who he says are scaring off advertisers as he moves fast to put his imprint on the social media platform.

The GroupM document, published by Digiday, also wants “full transparency” about development plans for content moderation, community guidelines and anything that impacts brand safety or user security. It also wants a commitment to content moderation and enforcing rules against fake accounts.

“Corporate America is very, very nervous,” said Eric Yaverbaum, CEO of Ericho Communications and a brand and public relations expert. “They are talking about this behind closed doors: ‘How do we handle this? Do we want to be participatory?'” Twitter has become the “wild, wild West,” he added.

It’s not too late for Twitter to stabilise itself and convince advertisers to return, Yaverbaum noted. “There are a lot of people just holding on because they love Twitter,” he said. 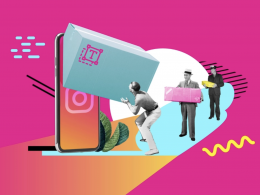 Marketing Metrics: Why They’re Important And How To Navigate Them

Perhaps we should start by asking ourselves how and why metrics really matter. As entrepreneurs, the metrics we do… 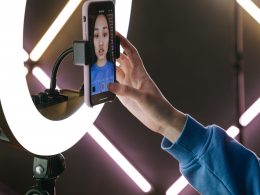