Created by Conill Advertising,  Toyota’s latest spot explores why it’s important to spread happiness during Christmas through the lens of loneliness.

After an isolated eighteen months, the 3D CGI animated spot follows Nora as she interacts with others in her community; a fellow driver, children piled up with gifts, even a family that appears to have it all safe in the glow of their home. Meanwhile, Nora struggles to shut away from her happiness, which manifests as a light like a firefly that bursts out of her chest.

She drives around in her Toyota Tacoma witnessing more of these emotional flourishes until she learns to release her inhibitions and set her feelings free.

Directed by Kyra & Constantin and produced by Passions Pictures, Nora’s Joy is a refreshing take on the car ad which so often is glossed in sex appeal and adventure. Toyota has instead taken a paid off reflecting the theme inwards and taking an honest and thoughtful look at one of the hidden aspects of the holiday season: loneliness. 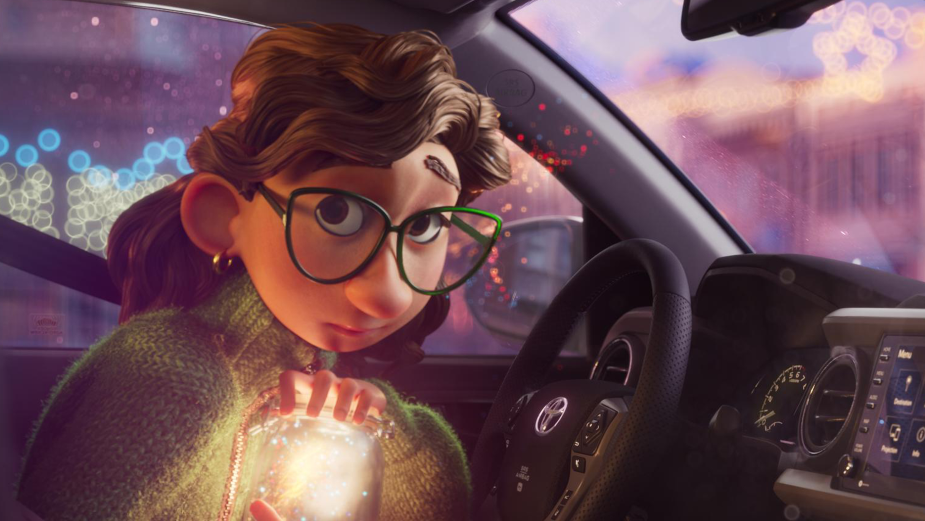 “Realised in beautiful 3D animation, Kyra & Constantin show their natural talent for emotional storytelling and have brought a cast of engaging and endearing characters to life,” says the creative team in a statement. “The film has a tactile, almost stop-motion aesthetic, whilst the red Toyota TRD at the heart of the action looks just as it does in real life.”

To further extend the holiday message, Toyota is inviting customers to spread festive goodwill by sending a digital “joy jar” to their friends and loved ones. This promotion is running on the Toyota Latino Instagram channel until 3 January 2022, with participants encouraged to use the hashtag: #sharethejoy.

Why We’re Obsessed with Kristen McMenamy

This month’s British Vogue cover star Kristen McMenamy is a force to be reckoned with. If you don’t…

Established in 1961, Penguin’s Modern Classics series has featured a huge array of titles and authors from the…

In a Where The Wild Things Are-esque escapade, Airbnb is going down a whimsical route for its latest…