Here’s the tea: outside the States, TikTok is already A/B testing a dedicated music tab inside the app. Additionally, rumours are swirling among podcast industry insiders that a TikTok podcast app is imminent. Is audio TikTok’s superpower?

While most would describe TikTok as the King of short-form video, if you’ve been paying attention, you know TikTok has never really been a video app. Figuring out how to easily share audio on a mobile app has been its secret all along. Let us explain further; TikTok treats audio as its own discovery tool, allowing users to click on a file—whether that be music or just a random sound—and see every other video that uses that sound, making it into a sort of quasi-hashtag. (Its Chinese sister-app Douyin actually has an even more sophisticated suite of audio tools than its Western counterpart.)

As more young users flocked to TikTok, aspiring musicians quickly realised they could make music specifically for TikTok—most notably an extremely online rapper called Lil Nas X, (rings a bell?) who figured out how to launch his hit song, “Old Town Road” on TikTok. Its wild success opened the musical floodgates. For Brits, PinkPantheress would be another notable mention.

When it comes to podcasts, the Apple Podcast app was the No. 1 app for podcasts in the U.S., but in 2021 Spotify finally caught up and overtook it, according to Insider Intelligence. But a study conducted in 2019 found that if YouTube were considered a podcast platform, it would be hands-down the most popular. As video podcasts have surged in popularity—there are now 25% more of them than there were just a year ago, according to Podnews—so too has YouTube’s clout in the podcasting world. Another perk for audio-visual TikTok.

If TikTok was to enter the podcast race, it’s anybody’s guess who will win. YouTube may have a head start, but so does TikTok, because regardless of where most podcasts originate, clips and highlights of them usually end up on TikTok. Adding to the existential threat coming over the horizon, TikTok is historically a much more agile company than either YouTube or Spotify, quickly integrating new features and changing course with much more flexibility than its competitors.

Instead of moving fast, breaking things and acquiring whatever it can’t make in-house, TikTok has evolved more in line with Chinese superapps WeChat and Weibo, sucking in users not via network effects but rather by enticing them with entertaining technical gimmicks, absorbing as much data as legally possible, and then offering additional services downstream. TikTok doesn’t just want to compete with YouTube—it wants to compete with all of Google, not to mention Amazon. Amazon has finally read the writing on the wall and begun experimenting with its own TikTok-like video product, but it seems much more plausible for TikTok to become sturdy like Amazon than for Amazon to become cool like TikTok.

That TikTok is reportedly moving into music and podcasts while also increasing its video time limit from 3 minutes to 10 minutes doesn’t seem like a coincidence. TikTok wants more of our attention. It wants that content to be shareable and searchable, and to function as the bedrock of a pretty serious e-commerce operation. And it appears to be building all of that by repeating the strategy ByteDance used to enter the short-form video market in the first place—make the audio work first, and the rest will follow.

Why creativity is the key to retail success in 2023 Parler, the social media haven for conservatives, sees a rebrand which uses a tech services-based model, with an… 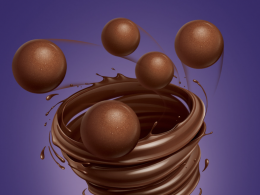 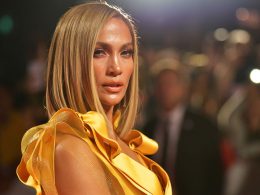 Last night I went for my sister’s 21st birthday dinner with the rest of my family. My mum…