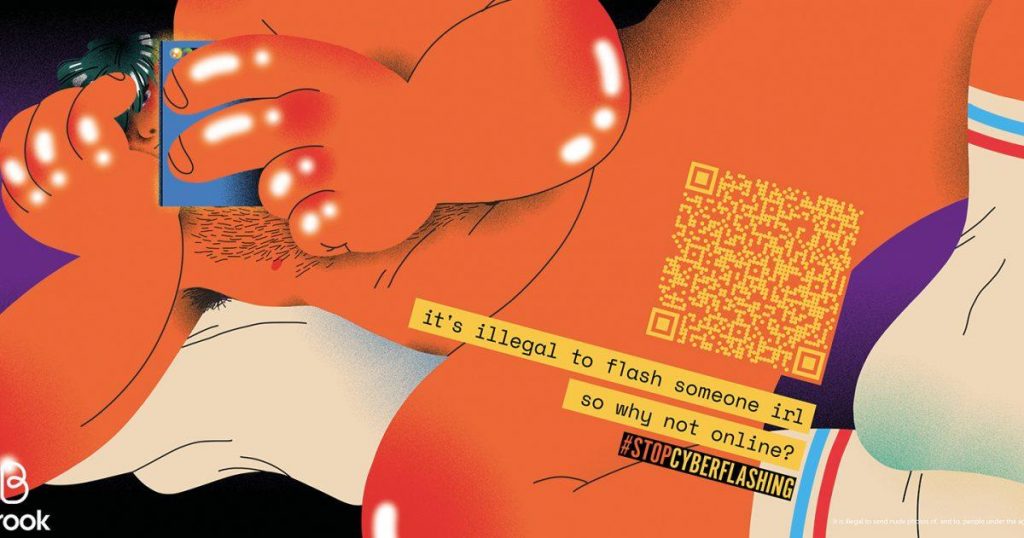 London-based sexual health and wellbeing charity for young people, Brook, has teamed up with creative agency Grey London to create a campaign to stop cyberflashing.

For those new to the term, cyberflashing is the unsolicited sending of nudes and Brook is fighting to criminalise this form of sexual harassment.

The billboards produced read ‘It’s illegal to flash someone IRL so why not online? The campaign features clever illustrations of characters taking unsolicited nudes however the genitalia is creatively covered by a QR code. When passersby scan the code, they will be directed to Brook’s campaign landing page to learn more about cyberflashing, and directed to a platform allowing them to instantly tweet their MP to demand their support in banning cyberflashing. 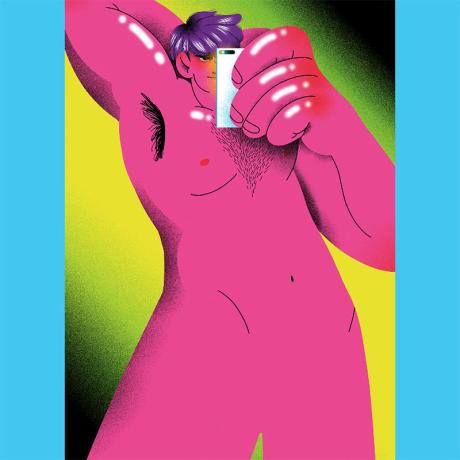 According to a 2018 YouGov poll, a shocking four in ten young women said they had been sent a photograph of a penis without having asked for one, with 46% of these women saying they were under 18 when it first happened. 26% of 18-24 year old men have reported receiving unsolicited nudes.

With the proliferation of social media, file-sharing services and online dating apps, and increasing time spent online during the pandemic, this number can only be higher in 2021. 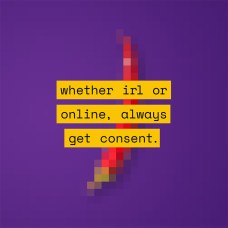 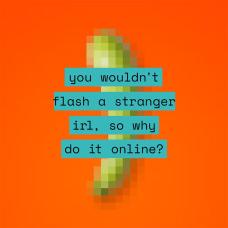 While it is illegal for anyone to send naked images to anyone under the age of 18, cyberflashing for adults remains a grey area despite its often damaging aftermath. Brook believes there should be no grey areas when it comes to sexual harassment and that MPs must do more to tighten the laws to send the message that it is unacceptable.

Brook already provides relationships and sex education (RSE) in schools throughout England and Wales and is using the campaign to raise awareness of the harm caused by cyberflashing to change people’s behaviour.  The campaign will roll out on billboards across the country, as well as appearing online on social media and digital channels and will go live on 13th September ahead of Brook’s Sexual Health Week, the theme of which is consent. Remember as a kid, you’d look into Victorian and 18th century toys for children? What always stood out… 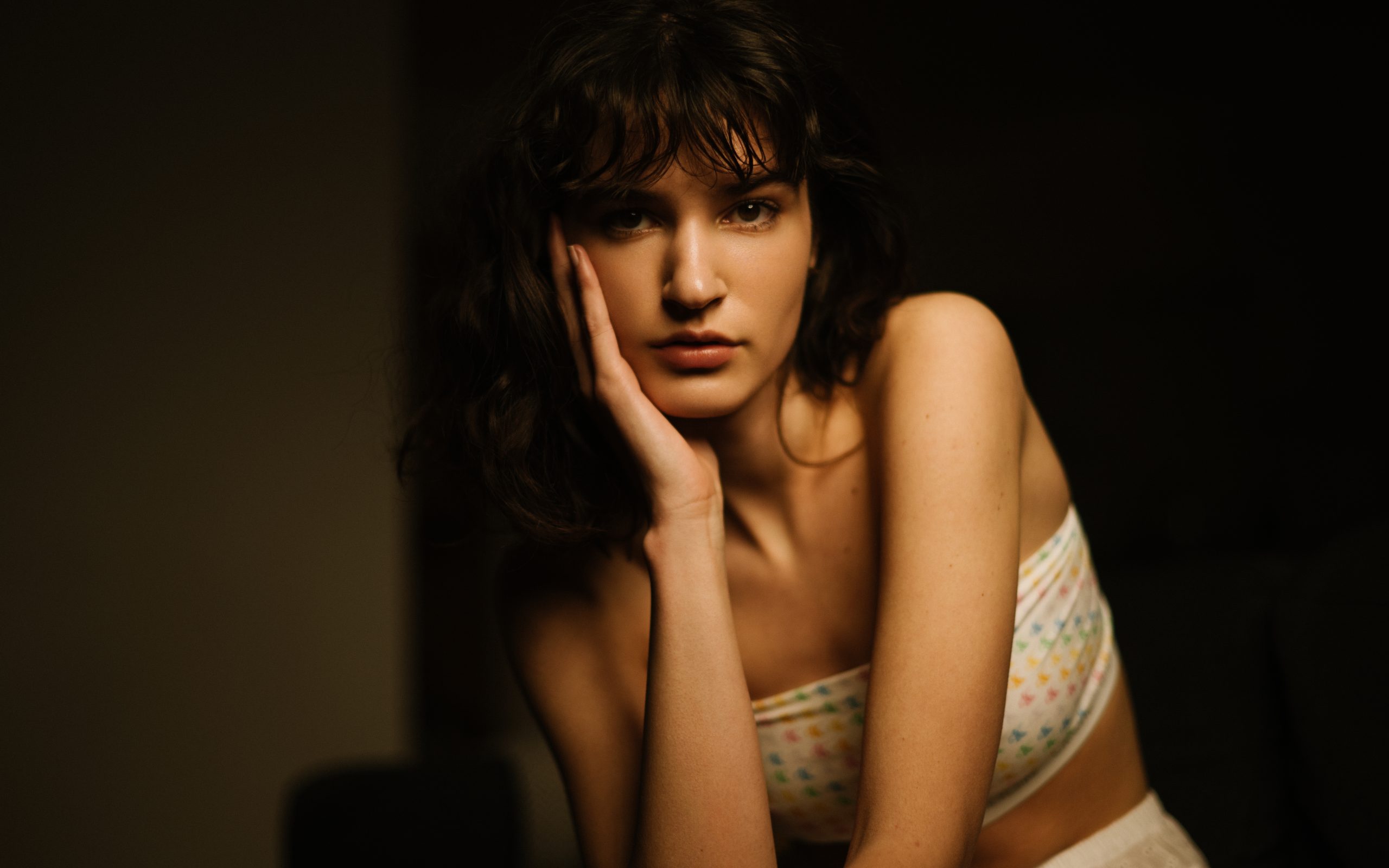 A Book Made Out of Gifs? Giphy Is Creating a New Space of Graphics Beyond the Online