Would you rather make a big advance and lose 75% of your following, or not make an advance but take the gamble and see how big your audience, and therefore revenue, can grow?

If you’re Kim Kardashian, EmRata or Michelle Obama, I’d say the latter is more favourable. You’ll make that advance back and more because you’re 99.99% certain that you’ll already have hundreds of thousands eager to join in. For smaller creatives, it’s harder to turn down a buyout or advance of twenty, fifty or even a hundred thousand dollars even if it does come at the potential expense of a limited audience for now.

This is a dilemma Spotify’s new exclusivity deals for podcasts is posing. A few years ago, Spotify started signing podcasts to go exclusive on its platform. One of the most high-profile deals was The Joe Budden Show, which signed with Spotify in 2018 but has since moved off the platform due to payment disputes. In 2018 and 2019, it looks like the company was just testing the waters with this exclusive strategy, but in 2020, its pace of exclusive deals has started to increase.

The momentum started with a two-year, $100 million deal to bring The Joe Rogan Experience, the most listened-to podcast in the United States, exclusively to Spotify starting last December. We remember the outrage which saw artists like Joni Mitchell withdraw her music from the platform due to Spotify promoting Rogan’s problematic views. It has also signed Barack and Michelle Obama, Kim Kardashian, and Prince Harry and Meghan Markle to podcast deals. Most recently, the company announced it has signed Dax Shepard’s Armchair Expert and Alexandra Cooper’s Call Her Daddy, the 18th and 15th most listened-to shows in the country, respectively, to go exclusive on Spotify this summer.

The obvious reason Spotify would sign exclusive deals is that it wants the listeners of these shows to move from other podcast apps to Spotify. It can then make money directly off these programs by getting them on its new advertising platform called the Spotify Audience Network.

For example, let’s look at the recent Call Her Daddy deal, which is for three years and $60 million. If the show averages three million listeners a week, at a $50 CPM (the dollar payout per thousand ad impressions, the standard measurement in podcast advertising), that is $150,000 in sales per week, or $7.8 million annually.

This may look low relative to the $20 million Spotify is shelling out to make the show exclusive each year. However, what a lot of investors aren’t considering are the indirect benefits of bringing a show like Call Her Daddy to Spotify. For one, if it convinces people to listen to all of their podcasts on Spotify, the potential for advertising revenue is a lot higher than what Spotify is getting from direct listens of that specific show, especially when looking at a multi-year time horizon.

It will also help advertise Spotify’s ad-free music subscription, which is where it currently makes the majority of its revenue. The more free users it gets listening to podcasts on the service, the closer they are to paying up for the monthly subscription.

Spotify is also betting heavily on podcasts, because they can help the company increase its gross margins – more so than music. Due to the high payouts the company makes each year to music labels and artists, Spotify’s gross margins have not gone much higher than 25% over the last few years, and will struggle to expand much more since these variable costs scale every time it adds a subscriber to its service.

Podcasts free up Spotify from these high variable expenses — that is, if it can execute on expanding its advertising network through its internal studios, exclusive shows, and the distribution services it owns (Anchor and Megaphone). Management is guiding for gross margins to rise to 30% to 40% in the intermediate term with a lot of that expansion due to its podcast investments. 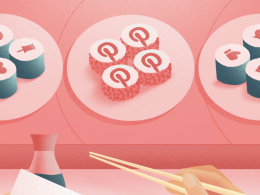 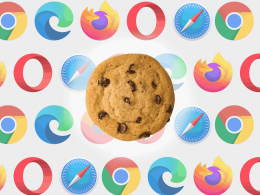 According to Ricardo Diaz, chief digital officer at ad agency Omelet, the reason brands used cookies was that…