Skittle: Recolor the Rainbow for Pride 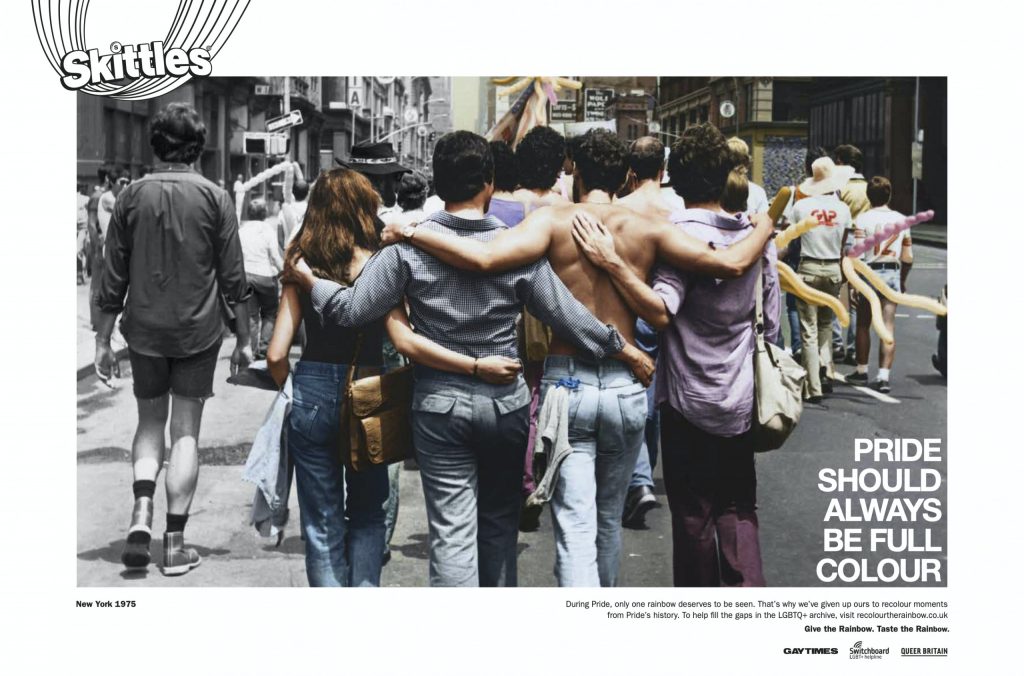 Skittles latest campaign colours four LBGTQ+ black and white images taken in the 1970s and 1980s in an attempt to shine a light on issues raised then being brought to life today. 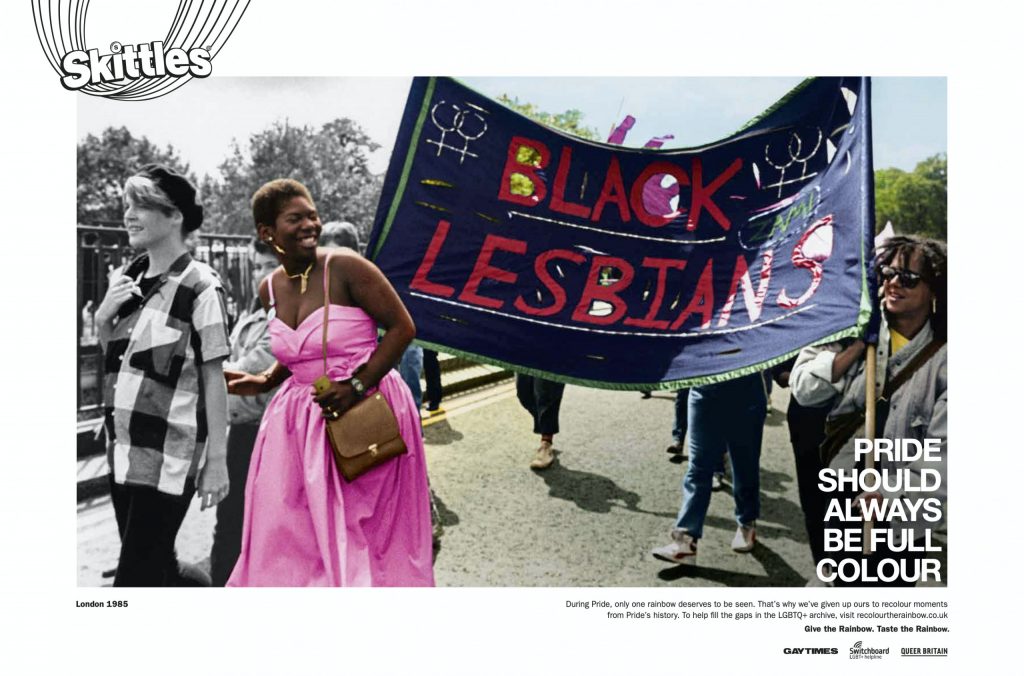 Previous Pride campaigns by the infamous candy brand have seen Skittles ditch its traditional rainbow packaging for a black-and-white look in recognition of the significance of the rainbow symbol to Pride. 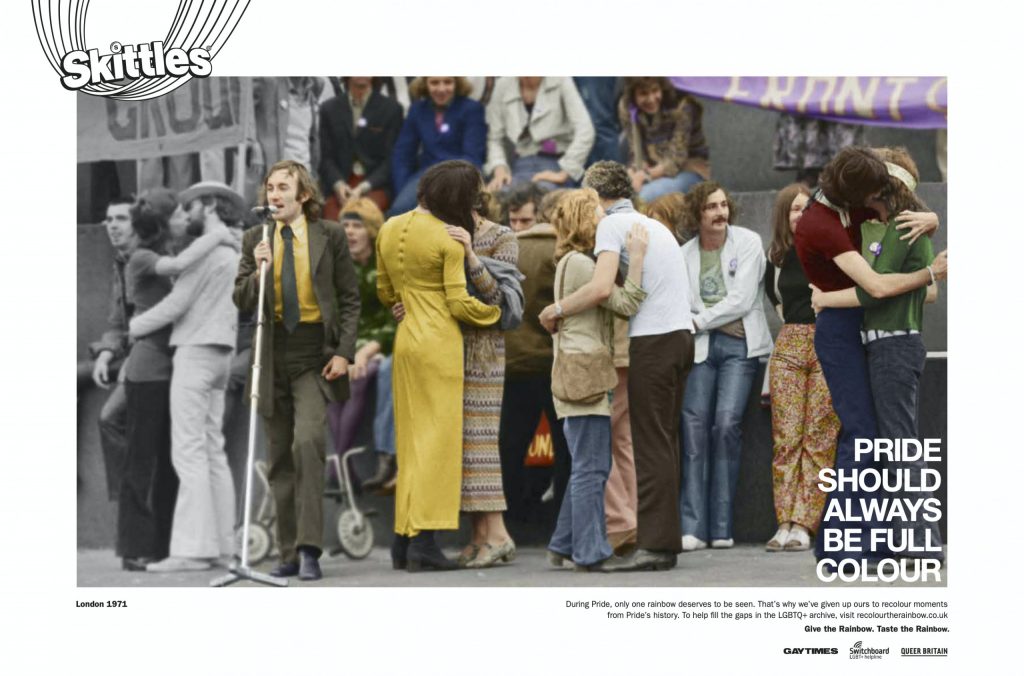 This latest campaign is in collaboration with Queer Times, Gay Times, Switchboard and Queer Britain, as well as renowned colourists Dynamichrome who has restored the LGBTQ+ archive photographs to full colour. The photographs chosen were taken at a 1971 Gay Liberation Front protest in Trafalgar Square, a Lesbian Strength March in 1985 and two Pride events held in New York City in the 1970s.

Skittles has also asked fans to submit their own favourite or personal black and white archive photos from historical LGBTQ+ marches and events to be restored to colour if chosen.

The addition of colour to images that would seem otherwise stuck in the past pay homage to those responsible for the widespread change in LGBTQ+ awareness that we see today although there is still always more work to be done. 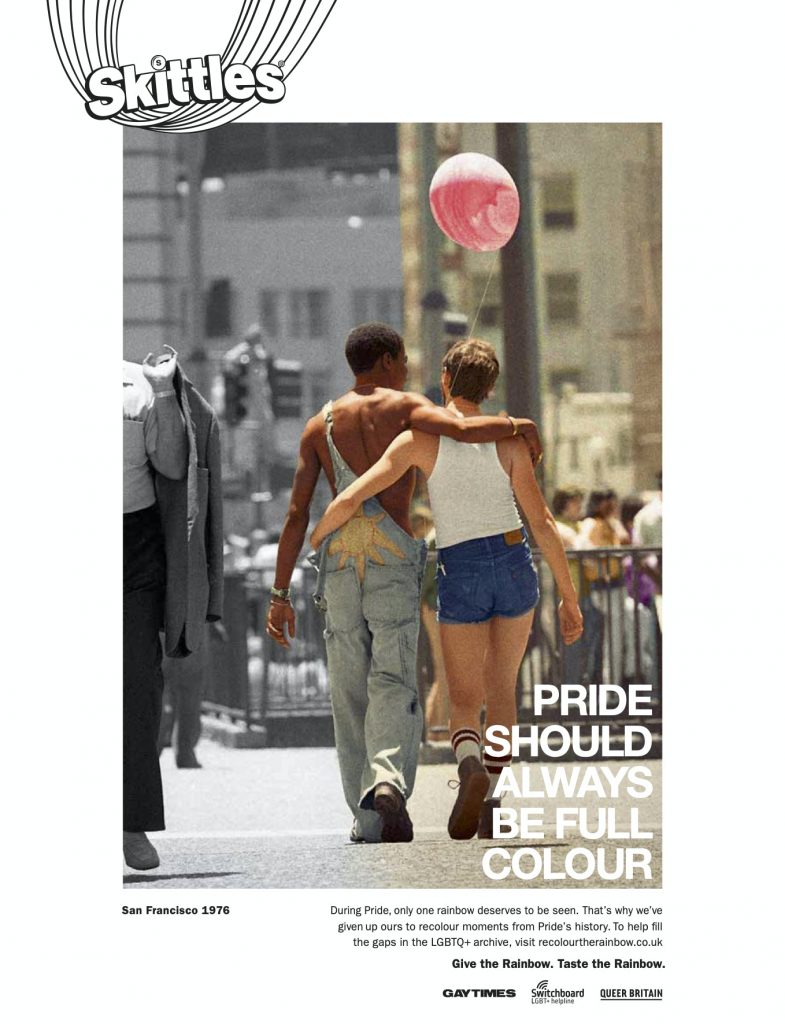 We dedicate every Monday of the week to share our team’s hand-picked portfolio posts that are on Wishu.…

The Peter Kallinteris Agency, based in Los Angeles, launches The Queer Division this week dedicated to representing actors,…

Inspiration for Your Eco-Friendly Product In an ever-changing climate and economy, it can be hard to know what to focus on as an…