Various reports have suggested that many brands are re-thinking their Twitter marketing approach, in light of Elon Musk’s takeover at the app, which has thus far seen him cut staff, and promote a new focus on free speech.

Therefore, in considering the reported changes at the app, it is worth readdressing where you stand on Twitter ads, and the potential risks, at present, of promoted tweets.

Here are a few of Twitter’s recent changes you should consider when addressing how you want to advertise on the platform – or even whether you want to do it at all.

Many online safety experts have expressed concern with this approach, given that these users have previously been found to be sharing misinformation, engaging in harassment and abuse, running scams, etc. The proviso, as Musk notes, is that the users haven’t broken any laws, but even so, that’s a lot of profiles, with a lot of potential influence, that could be tweeting again very soon.

For reference, Platformer reports that one of the reinstated accounts has over 5 million followers, while 75 of them have over a million.

This move seems like it could lead to a degradation of engagement in the app, which could have an impact on the user experience. And ad placement, within that, may be more of a concern.

COVID Misinformation Disclaimers Have Been RemovedWith the pandemic becoming a lesser priority, due to the broad roll-out of the COVID vaccine, as of November 23rd, Twitter has stopped enforcing its COVID-19 Misleading Information Policy, which had seen the app adding warning labels to some tweets, and suspending repeat offender accounts for sharing incorrect or misleading information about the outbreak.

The impact of that will be variable, though it is worth noting that between January and September this year, Twitter removed over 23k tweets, and suspended more than 7k accounts, based on this policy.

The Bloody Verification Subscription is Coming Back…Again
Musk has really blown hot and cold with this one in the space of his short six weeks in Twitter power. If you’re not up to date, the subscription enables users to pay $8 a month to get a verified blue tick. The action was removed after many fraudulent attempts and everyday users posing as brands, celebrities or even Musk himself.
However, the updated system will come with alternate colour checkmarks for brands, individuals and government entities. Will that fix the initial problems with the scheme?

In summary, Twitter’s implementing new measures to combat impersonation as a result of users being able to buy a blue tick. But we won’t know, till it’s fully launched, what the impacts may be – while Musk has also flagged that brands will also have to pay $8 per month to maintain their blue checkmark in the app.

I can imagine that, once this is implemented, some brands won’t pay, and that could also lead to others looking to take their place, and register fake official Twitter handles in their name – so if the actual brand handle loses its tick, the replica gets it.

Yep, you read that correctly. Twitter’s staff cuts have been making headlines since Musk joined the company in October. Musk has repeatedly noted that tackling CSAM is ‘priority #1’, and has tasked a team with combating the problem, specifically via the removal of related hashtags, which Twitter says has had some impact in slowing the spread of CSAM material. Experts have warned that the effects of such will be temporary, as perpetrators will simply move onto other tags – but again, hopefully Musk is serious about tackling the problem in a more cohesive way, which could have a bigger, more sustained impact.

But a single staffer for a region that’s home to around 60% of the world’s population doesn’t seem like enough.

On a similar front, there have also been reports that, due to reduced oversight at Twitter HQ, Chinese-controlled Twitter accounts were recently able to dominate certain trends and searches in the app, and effectively quash reports of ongoing protests.

Holiday shopping is straight to the socials for Gen Z

Competition for streaming services is intensifying by the minute. Yet as it does, entertainment companies are having to…

How to manage a creative freelancer team

There are so many benefits to hiring freelancers, from only having to pay on a per-project basis to… 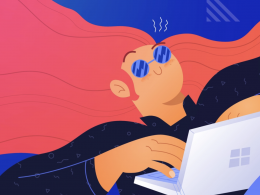 Everything you need to know about…Writing job descriptions