The second we heard about the first Web3 music festival, we had to find out more. Its name? DCentralize; a blockchain-powered festival that’s owned by the community and shared through Web3. With over 30,000 people attending in real life and virtually, it’s pioneering a new way to own, enjoy and influence culture—through music, knowledge sharing and workshops. A unique blend of music, Web3, crypto and blockchain stages brings the leading edge of all cultures together at once.

We spoke to one of its founders, DJ Sarah Main who shared her insight on the future of Web3 and the music industry, the need for power in the hands of independent artists and the reasonings and motivations behind DCentralize’s inception.

In a previous call we had, you mentioned the similarities in terms of buzz that you felt between the upcoming era of Web3 in the early 2020s and upcoming era of Garage and House in the early 90s. Centred around the idea of independence and decentralisation could you develop further on this?

I feel there are parallels in my personal experience of the two periods. I started my DJ career in the early 90’s in Sydney. It was a time of musical innovation. The musicians who were taking chances and experimenting were taking centre stage and you didn’t have to have all the bells and whistles to succeed. In the 80s, studio-quality music equipment started to become affordable. This enabled producers to set up studios in their bedrooms or basements. Independent artists were breaking away from traditional major labels and the control and hierarchy of the system they offered.Experimental sounds emerging from people’s basements made it on Top of the Pops. There was a cultural shift. It was an exciting time, anything felt possible. We were all in it together and we were all enjoying the ride. Community was strong.

Now It’s this moment again where it will be the innovators and the experimenters who will pave the way for our future world. And again anything is possible. We have a chance to make it through. To solve the wicked problems of the world…through Web3 technology and the power of community.

For those still questioning the ‘point of Web3’ what was it that motivated yourself and the DCentralize team to create a metaverse and physical experience of a music festival?

Although no one can articulate what Web3 is yet, for me it’s a way of being and levelling up the way we interact with each other. It’s the era of collaboration—a time that advocates that a rising tide will lift all ships. We are so much stronger together.
For me, getting involved in the project at the beginning was because I saw it as a great opportunity for artists to access new revenue streams and take ownership of their careers. Many artists I knew were fighting a system that was becoming increasingly harder to get their talent noticed and many good producers were spending more money on their craft than they were making.

Where a Web2 mindset is one of competition, where the winner takes all, Web3 pushes a collaboration mindset. This is the Web3 mindset.  Collaboration not competition. It goes against the web2 or legacy way of thinking, whereby even similar or ‘competing’ products or services actually work together to push the space forward rather than work against each other.

To revert back to your question, the idea of Web3 has evolved for me over time.  And working for DCentralize actually strengthened my resolve about our why. We want the festival to be hyper-accessible. The metaverse allows for this. We want everyone to have the ability to experience the technology. To be able to enjoy, communicate, and collaborate no matter where they are from or what circumstances they face. We want everyone to win and be rewarded for getting involved.

DCentralize provides precisely this platform, onboarding non-natives in a seamless and fun way through the form of media that everyone enjoys – music! Combine this with all the cool stuff there is in this space like metaverse, AR, VR, immersive galleries, NFT’s, we know that once people have had a taste of what web3 offers, they will be hooked!

How will Web3 enhance the physical experience? There seem to be many people afraid that a metaverse future will mean the erasure of physical, intimate experiences (a Black Mirror-esque future), events like DCentralize are debunking this fear for the better working for a future where Web3 and real life exist in harmony.

The metaverse has been portrayed in such a negative fashion by the mainstream media. Invasion of privacy is very much associated with Meta and their ‘centralised’ platforms whereas a vast majority of metaverse providers are the opposite of this. At DCentralize we understand and appreciate that our metaverse aspect has to involve rich immersive content, a high quality experience that really focuses on the personal connections, especially as we anticipate people spending more time in this metaverse experience than many others. What we have planned in terms of mixing up the IRL and metaverse experiences and making them truly interactional is the really exciting part.

Most of the time, the people who fear the metaverse are those who haven’t yet experienced it. I myself had them and actually held quite strong views about the metaverse and its erasure of human connection. But I was surprised once I jumped in. Like most things you cannot grasp the thing until you do the thing. Once you are there you have this ‘aha’ moment.  Then you start to see possibilities of how it can actually bring us closer together. My experience was compounded positively by the Web3 community and its warm embrace. I have met people in the virtual space that will be lifelong friends.

Accessibility is a huge feature of Web3 and we spoke before about how it opens up creativity in a way that isn’t capital-city centric. How important is accessibility of culture to the ethos of DCentralize as a festival?

This is one of the main things we are passionate about at Decentralize.

The combination of Web3 technology and Decentralization breaks down the barrier to entry so it becomes hyper accessible to all. Add to this the collaborative way people are working and community building, it becomes much easier for people to enter the space and find a home. Our festival welcomes everyone, regardless of gender, age, location, sexual orientation, class, education – when we say everyone, we mean everyone! This is why we embrace projects and protocols from all over the world, with artists from all styles of music, providing a platform for talent that in the legacy world might struggle to find one.

Do you feel like networking has been made easier for independent artists via Web3?

Absolutely. I have never experienced anything like this. People are so open and the community is so giving. We are connecting through many web3 focused platforms and also in the metaverse. We are coming together through the burgeoning communities and drawn together through the excitement of the potential of Web3. Almost everyone is open to collaborate or at the very least talk and share ideas.

Have you looked into brand partnerships and what are your thoughts on bigger businesses joining this Web3 space?

We are looking to partner with projects already in the space or those that are active in “Web2.5”, the ones trying to launch that need an experienced partner to onboard and educate them. We are currently speaking with a number of potential partners, these early investors and sponsors will also get a stake of tokens in the festival – so we are really looking for companies with a lot of synergy that will partner and collaborate and help mutually grow each other’s brands. If that sounds like you, then get in touch!

It’s clear from our interactions that the big brands are all making headway to find their way into the space. But they will have to pivot from their ingrained ways of doing things in a Web2 fashion. This is culture, this is a movement and will be the way our children will communicate and transact in the future. And the future is closer than most expect. The focus is on independent artists. The people who have the ability to experiment, innovate and test out strategies. The smaller fish will show the bigger fish the way it’s done. In saying that this is a very important time. 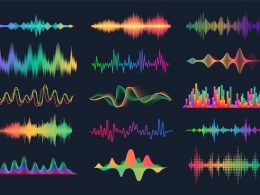 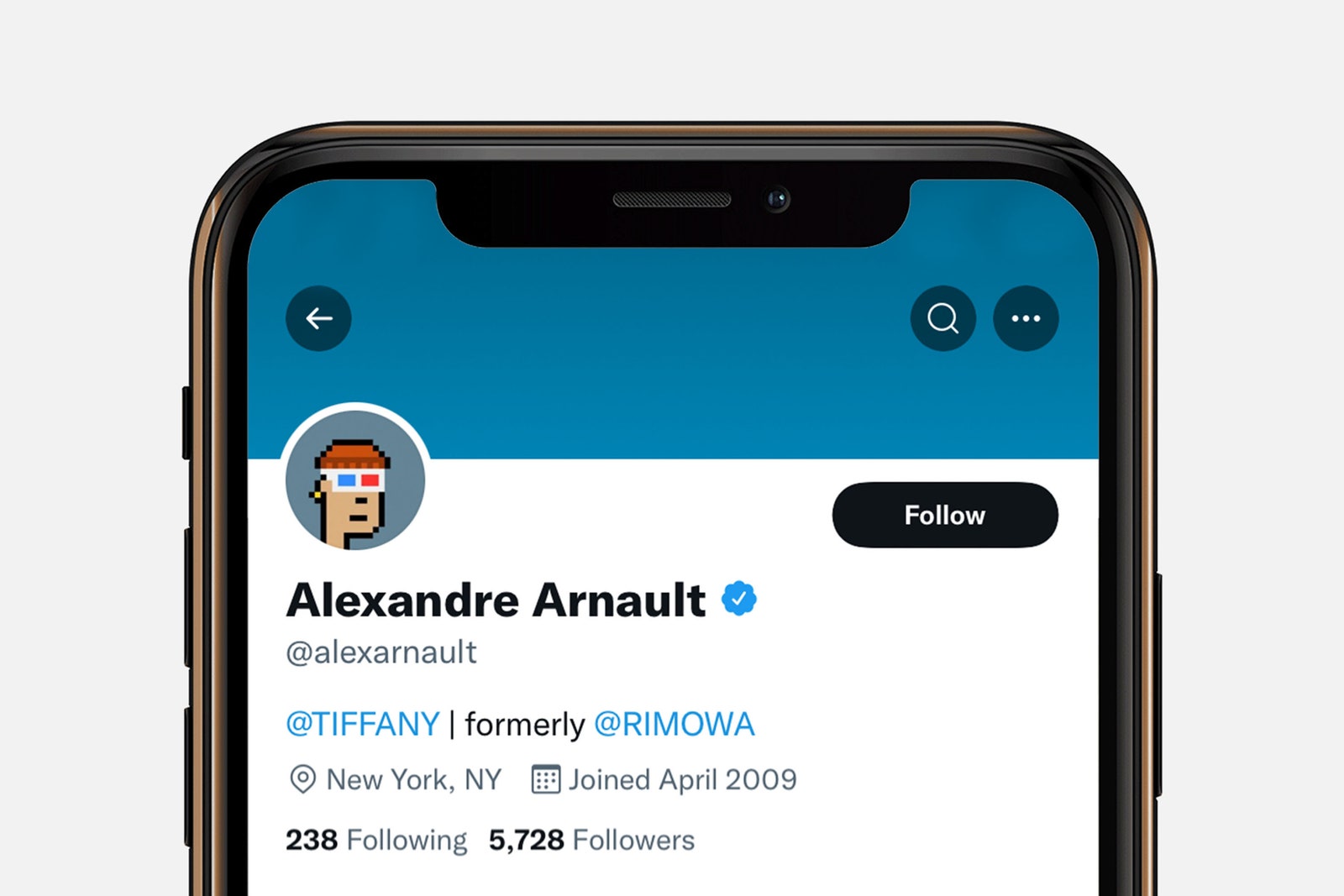 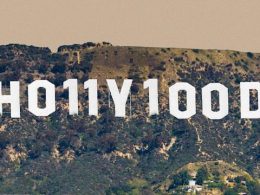 Post pandemic, the stock market, technology industry and the arts have all been swept up by the wave…