In just three months, Reddit has onboarded 2.5 million crypto wallets through its NFT marketplace without using any jargon. In fact, throughout the process, the word NFT has hardly been used at all.

In jargon’s place, “collectible avatars” has been the central focus. Similar to Reddit’s typical, profile-pic avatars, these avatars go one step further in including unique benefits which are backed by blockchain technology (voilá here is where the NFT element comes in). Such benefits include owners having full licence to use the art of their avatar on and off the platform, and owners’ profiles will also feature their tokens in a visible way, similar to Twitter’s NFT integration.

Reddit opened its marketplace to select users in July, then released its first publicly available drop soon after—a collection of 40,000 avatars that has since sold out. By mid-October, over two million avatars had been minted, either through purchases or free airdrops to high-contributing users. But the real sign of success has been the number of new wallets, called “Vaults,” that the site has been able to register. While probable that fewer than 2.5 million different users registered the 2.5 million wallets (since one user can register as many wallets as they want), there is no doubt that Reddit has built one of the largest early audiences to engage with its Web3 program.

The jargon free approach is impressive seeing that these avatars are certainly a form of NFT. The omission of the term was simply a clever marketing ploy because while NFTs can enable new kinds of engagement they also turn away consumers for being too complicated.  “We made the decision to make [the experience] more approachable,” said Neal Hubman, Reddit’s global head of client solutions. “It’s really about what it can offer more so than all of the jargon and back-end technology that gets thrown around.”

Other brands are starting to pay attention to the need for approachability: Starbucks’ much-hyped Web3 loyalty program, which launched in September, bills its NFTs as “stamps,” bringing to mind an object that should be collected, not a file type that needs to be understood. Likewise, the NFTs on Paramount’s “Star Trek” marketplace are called “ships,” and those sold by Sorare, an NFT-based fantasy sports company, are referred to as “digital cards.”

Furthermore, what makes Reddit’s surging 2.5 million stat even more impressive is the current desolation in the NFT and crypto markets. “Crypto winter,” as the downturn is often called, has increased the need for brands to be intentional about how they market in Web3. Otherwise, they face the risk of being associated with volatility, scams and an overall unlikeable space.

Marketing something as an NFT right now could seem out of touch but utilising blockchain technology is by no means out of bounds.

Reddit has been able to reach less familiar audiences by smoothing over some of the more unapproachable aspects of its NFT experience. Beyond rebranding the concept of an NFT to a collectible avatar, the platform also refers to its crypto wallet as a “Vault.” In a way, a crypto wallet is a kind of vault, securely storing an individual’s cryptographic keys so they can access and use their digital assets.

But how do we avoid the complications if they are a part of the purchase process for NFTs? Well, because crypto wallets don’t actually store assets, but rather the keys to access assets; digital assets are stored on a blockchain. Since most consumers likely won’t care about this information, and it doesn’t affect user experience, a brand should ask itself if it’s even worth explaining.

Additionally, Reddit used the Polygon blockchain, which is built on top of Ethereum and enables its NFTs to be purchased with fiat currency like the U.S. dollar, as opposed to merely crypto. This practice has become popular with all types of brands offering NFT services, from payment processor Stripe to Fox Entertainment. Since investment exposure to crypto remains low amongst most Americans, and transactions using crypto even lower, allowing a fiat gateway is an easy move to further lower the barriers to entry. 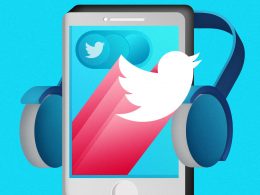 The future of Twitter Spaces with Elon Musk in charge might be in jeopardy.  The majority of the… “Is it going to be better than the best games out there? No, it’s not. But it’s not… 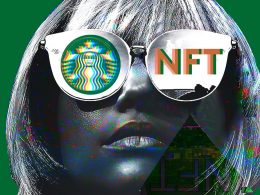