Last Wednesday, a friend of mine from the Web3 music space texted me an invite to Proof Of People’s event in Farringdon. It was a three day event in Fabric – yes, the nightclub – about all things meta and web3 with a specific focus on the artistic.

Tickets ranged from £9 to several hundreds. All three floors of Fabric were adorned in different high tech installations, some giving away free NFTs, others holding DJ decks. Unfortunately I was only able to attend for a few hours on Thursday. Turns out I made it in perfect time for a talk on music in Web3.

Upon attending I really didn’t know what to expect. I didn’t look much into it. I was just looking forward to seeing my friend (he’s usually based in Ireland and myself in London) and it turns out that another friend was also helping a “women in Web3” stand on the third floor.

There is something so enjoyable about attending an event you know so little about and it turning out to be so informative and attention grabbing. The music in Web3 talk boasted a stellar panel including world famous DJ Ritchie Hawtin and French DJ superstar Agoria as well as Joelle Snaith who runs an agency that manages web3 artists, Portrait XO an artist merging the visual and the audial and James Sutcliffe who merges music and gaming among other skills.

After the talk, Richie Hawtin and his connected company Pixelynx put together a music night which coincided with his NFT launch.

It was a one-of-a-kind live minting audio-visual show where people could save their favourite parts of the performance as NFTs on the Tezos blockchain.

TheVERSEVERSE also had poetry made by AI in two connected interactive installations: “VERSES BY VERSA,” an AI-driven live-minting performance, and “THE LISTENING ROOM,” a screen-free space for thinking about poetry. The pieces show how different poetry can be on the blockchain, look at how new technologies are helping language artists in many different fields, and welcome new readers into the metaverse.

“Life in a Box,” an augmented reality (AR) project by Cadie Desbiens, looked at the closeness of the badly housed through a series of virtual sculptures that explore the housing situation of the home, the coffin, and the van.The ‘NEONZ’ AR filter was used to show the third part of the Sutuverse, which is Sutu’s own metaverse. Combining web3 and augmented reality, it adds any of the 10,000 Neonz as a face filter to the picture of the person standing in front of the display.

We hope they come back to town soon. Why the music industry needs Web3 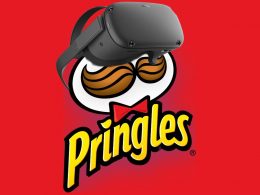 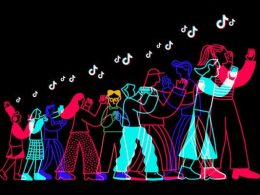