Manchester-based artist, Michah Purnell, graces the Spanish Steps of Wembley Park with their latest work entitled Power in Unity. The piece was installed to celebrate the Euros and will stay in place for summer 2021. 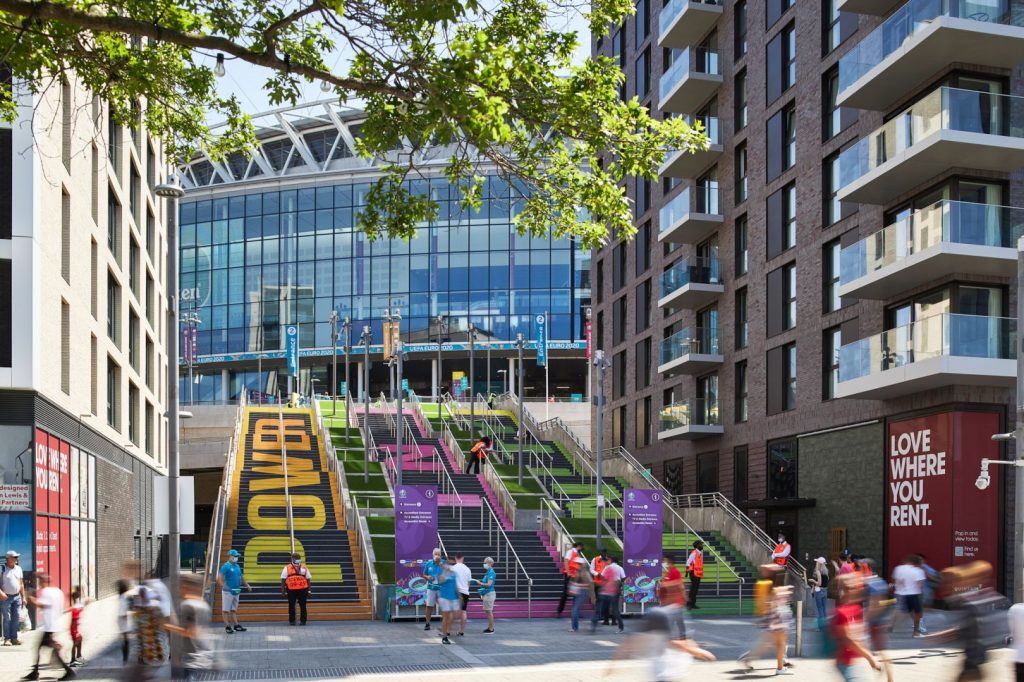 Purnell is an award-winning creative whose clients include the NHS and The Guardian. Power in Unity is their three-word slogan which spreads across 180 steps and three columns. Purnall doesn’t stop here however for alongside the main installation are eight further artworks featuring messages with Micah responding to the brief ‘Against The Odds’ and underpinned by “togetherness”. The statements include ‘Strength in Numbers’, ‘Community Like Never Before’ and ‘You and Me & Everyone’, which all speak of unity and inclusivity and overcoming disparity in spite of the divisive times. 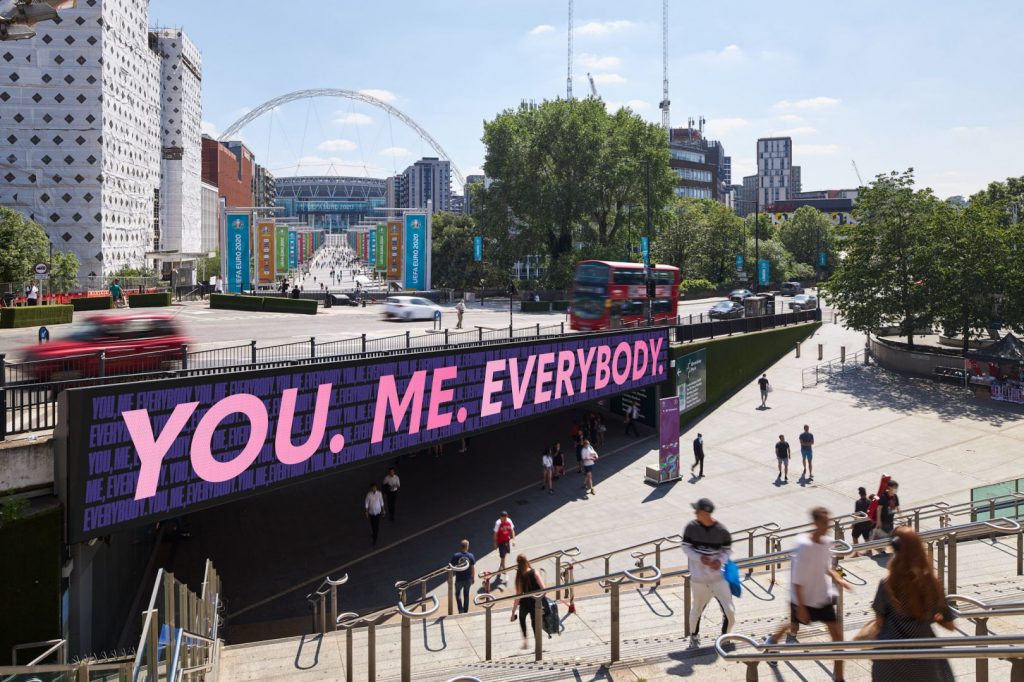 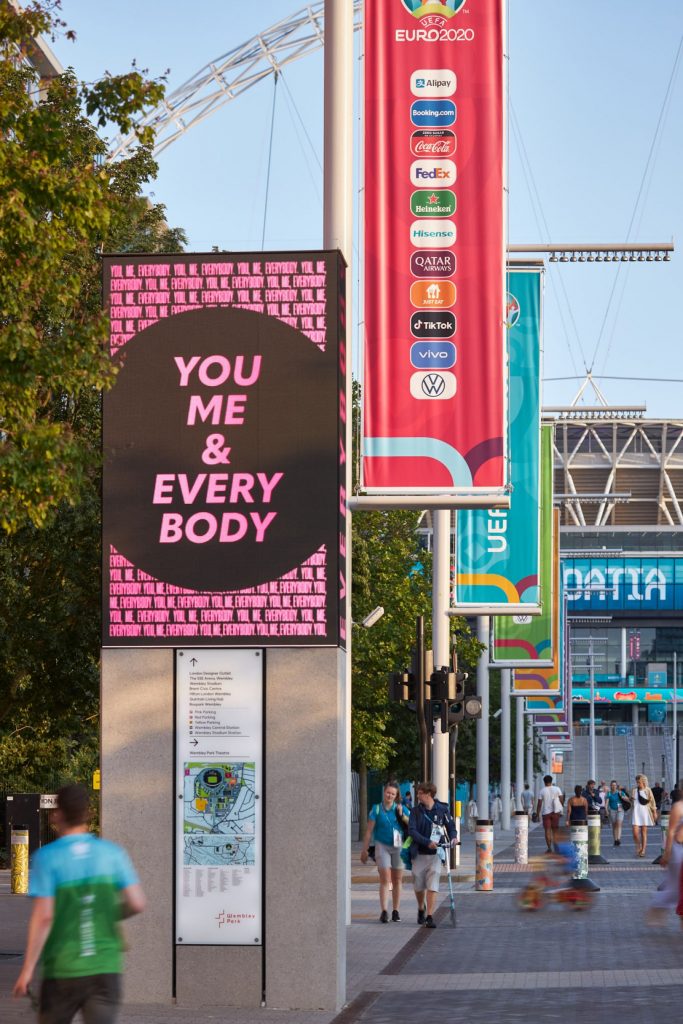 The Power in Unity typography is displayed in an ombre of rainbow colours from yellow to orange to pink, purple and green. “The vibrant colours I use bounce out of the darkness. People are supporting one another in more tangible ways, difficult times such as these have in some way shone a light on local humanity. It seems to me the only way to rally against adversity is together, whether in sport, in health or against injustice. It’s the practice of togetherness that we have the greatest potential for victory, healing and change.” 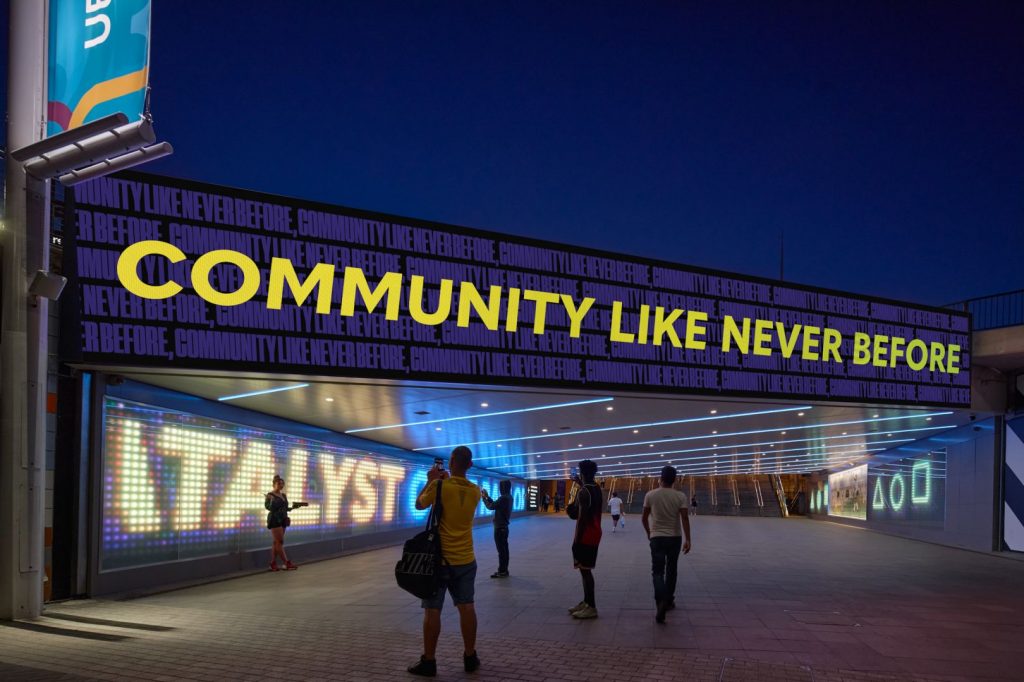 Since unveiling the first 100 “heroines” on 14 December 2018, celebrating the diversity of women working globally in… The Latinx studio creates a “magical and nurturing” identity in hope to captivate both children and their parents.…

We all long for the era where, as a Brit, you could move to another European city almost…

With its latest series entitled ‘Everyone is Awesome’, LEGO wants to celebrate the beauty of diversity in “the…