Over 57% of Tweeters think Elon should step down

The poll followed a controversial move the platform made on Sunday which banned links to rival social platforms Facebook, Instagram, Mastodon, Nostr, Post, Tribel and Truth Social, as well as third-party social media link aggregators Linktree and Lnk.Bio. Some users feel the poll was triggered by the reaction to this implementation.

The statement has since been deleted but read; “we will no longer allow free promotion of certain social media platforms on Twitter. Specifically, we will remove accounts created solely for the purpose of promoting other social platforms and content that contains links or usernames for the following platforms: Facebook, Instagram, Mastodon, Truth Social, Tribel, Nostr and Post.”

Their policy update, also now deleted, then read ““Twitter is where the public conversation is happening, and where people from all over the globe come to promote their businesses, art, ideas and more. We know that many of our users may be active on other social media platforms; however, going forward, Twitter will no longer allow free promotion of specific social media platforms on Twitter.” It all seems to be verging on social media dictatorship.

For those who thought of sneaky ways to get around the policy the following formats were also banned according to the new measure:

Furthermore, accounts used for the main purpose of promoting content on another social platform faced suspension, and attempts to skirt the new restrictions “through technical or non-technical means” such as cloaking or plaintext obfuscation violated its policy. Examples provided were spelling out dot in order to avoid creating a URL within a tweet and sharing screenshots of handles on platforms covered by the policy.

The little leeway the platform will provide is the ability for users to cross-post content from other platforms, including those on the prohibited list, adding, “We allow paid advertisement/promotion for any of the prohibited social media platforms.”

Repercussions for violations of this new policy are pretty harsh and inclue requiring the deletion of tweets or temporarily locking accounts, with repeat offenders facing permanent suspension.

This poll comes after such a rash decision which has now been pulled after Musk claimed Musk said in a tweet late Sunday, “Going forward, there will be a vote for major policy changes. My apologies. Won’t happen again.”The polls, however, are clearly not voting in Musk’s favour despite his decision to introduce them. 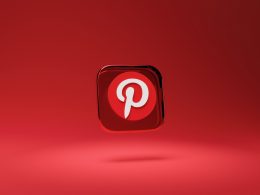 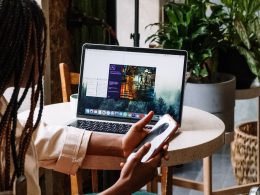 It seems that in the space of 24hr they went from the hottest brand to a sadistic cult.…