It’s been a while since we saw a company deliver physical forms of advertisements but Amazon’s new “on-box ads”—a form of on-package custom advertising created by Amazon Ads’ Brand Innovation Lab—takes brands to a place that many other types of ads cannot. The Amazon delivery box provides a highly visible, interactive advertising canvas and a portal for customers from which to discover products, stories and immersive experiences.

A strong campaign example would be that of SpongeBob SquarePants. 2.2 million Amazon customers received brightly colored SpongeBob-painted boxes, along with another 375,000 who received Amazon Fresh bags as part of the campaign. These experiences included a QR code displayed on the package that enabled the customers to watch full episodes from 11 different shows on the streaming service for free.

For any advertiser, creating these kinds of tailored experiences at scale—Amazon delivered a total of 4.2 billion boxes in 2020, which equates to more than 11.5 million packages per day—can leave a lasting impression on consumers and family consumers in particular. For example, a recent Kantar analysis of Amazon Ads’ on-box/on-bag campaigns that ran between Q4 2020 and Q1 2022 found that they are more interactive and engaging, resulting in ad recall that is 4.1 times higher than traditional media campaigns.

In a digital world of email, texts and social media, delivery packages stand out as a welcome physical touchpoint. Customers engage with on-package ads unlike any other form of advertising by interacting with the parcels during the most rewarding phase of the shopping journey—the unboxing moment.

Amazon Ads’ Insitu web application offers the ability to take this idea from conception to reality. Insitu’s 3D package design software allows creative teams and advertisers to simulate the customer experience with the ad placement. Designers can use the tool to rotate the box or bag, open and close the box, and show it with packing tape to ensure a quality customer experience in which the art isn’t covered by the water adhesive tape or hard to see because it appears on a seam or corner of the box.

Another great example would be Paw Patrol. In late 2021, when Paramount Pictures released “Paw Patrol: The Movie” simultaneously on streaming and in cinemas, Paramount+ looked to build upon the success they experienced with promoting films through on-box ad campaigns. For the Paw Patrol campaign, they wanted not only to generate awareness but also help customers get excited about the movie, which was based on the popular Nickelodeon television series.

The Paw Patrol custom Amazon box featured colourful images of the “Paw Patrol” characters on one side. Customers could not only look at the illustrations but also cut them out, prop them up and play with them. Another side of the box showed a backdrop of Adventure City, the setting of the movie. The additional functionality in this on-box ad design made it crucial for the Brand Innovation Lab team to preview with Insitu and ensure that the character cutouts would show up correctly in print. This strikes an element of nostalgia for adults and an element of surprise for young children.

In this way, Amazon Ads is cleverly helping advertisers to think outside the box. On-box ads allow brands to deliver one-to-one, relevant and personal marketing at scale. At the same time, they are expanding the very definition of out-of-home advertising with impactful box placements and technology that connects customers to the larger brand experience. 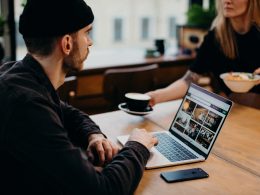 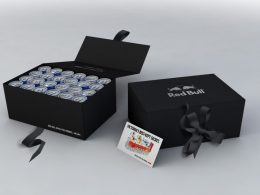 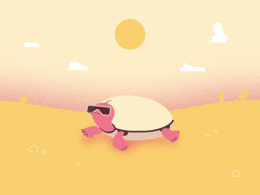 Before we unpack whether the distinction is collapsing, let us first distinguish between B2B and B2C. B2B refers… In 2018, McKinsey’s Business Value of Design report provided some hard evidence for what designers had been claiming…