Neuroscience and Marketing: What We Can Learn from Mad Men

“Neuromarketing” loosely refers to the measurement of physiological and neural signals to gain insight into customers’ motivations, preferences, and decisions, which can help inform creative advertising, product development, pricing, and other marketing areas.

If anything showcased the powers of neuromarketing it’s the Emmy award winning TV show MadMen which ran from 2007 to 2015. The iconic show runs through the entire decade of the 1960s throughout its seven seasons from the hazy 50s hangover of series 1 to the soon to come exciting era of the 70s in its last season. Anyway, we’re going a little off topic here. Essentially the show is based on many real life ‘Mad Men’ of New York’s bustling advertising industry as the world went coo coo for commercialism after the deprivation of World War II. These Mad Men were also known as Neuromarketers – there we go, back on track.

The show entices us into many heartwarming scenes, ironically set in the Mad Men boardroom as office-based meeting scenes, where the lead characters develop an advertising idea, montage with flashback scenes from the lead character, Don Draper’s traumatic childhood as an orphan and young Korean War soldier. What the show therefore shows us is how, for decades now, advertising has tapped into our subconscious desires. From the nostalgia of an after-dinner choice to attaching different types of lingerie to different feminine identities – from the sensual Marilyn Monroe to the conersative and educated Jackie O.

Years later, Martin Lindstrom, the globe-trotting Danish branding expert, released his 2008 best selling book ‘Buyology’. Lindstrom estimates that a whopping 90 percent of our buying decisions take place at a subconscious level and in his book, advises marketers to cut out the middlemen — the buyers themselves — and ask their brains directly: Will you buy our product?

Interest in consumer neuroscience took off in the mid-2000s, when business school researchers started to demonstrate that advertising, branding, and other marketing tactics can have measurable impacts on the brain. In 2004 researchers at Emory University served Coca-Cola and Pepsi to subjects in an fMRI machine. fMRI machines use strong magnetic fields to track changes in blood flow across the brain and are administered while a person lies inside a machine that takes continuous measurements over time.

When the drinks weren’t identified, the researchers noted a consistent neural response. But when subjects could see the brand, their limbic structures (brain areas associated with emotions, memories, and unconscious processing) showed enhanced activity, demonstrating that knowledge of the brand altered how the brain perceived the beverage.

So should companies invest in neuromarketing—whether through brain scans or cheaper techniques? Some already have: NBC and TimeWarner have operated neuromarketing units for years; technology companies such as Microsoft, Google, and Facebook have recently formed units. Karmarkar says that in-house neurocapability is still out of reach for most organizations simply because of the expense but that smaller companies can look to partner with specialist consulting firms.

Companies that are looking to partner with specialists to take advantage of these tools should manage those engagements carefully. To ensure quality input from neuromarketing consultants, Karmarkar recommends hiring in-house neuroscientists to oversee the work. Cerf says that a checklist can help in achieving high quality: Are actual neuroscientists involved in the study? Are any of the consultancy’s methods, data, or tools published in peer-reviewed journals? Is the subject pool representative (a question that is particularly important for global brands)? Do the consultants have marketing expertise along with scientific knowledge? Do they have a track record of success? And can they prove that they will offer insights beyond what can be gleaned through traditional methods?

Elon Musk: Remote working is no longer an option and the impacts this has on gender

Everything you need to know about...Writing job descriptions 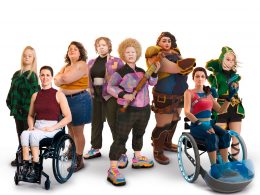 Did you know that 50% of people who play games on most days are female? 46% of those… 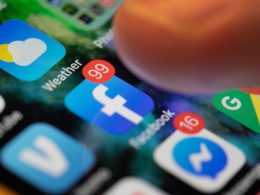 Why social media advertising is declining

US advertisers are on track to spend $65.3bn on networks such as Facebook, Snap and Twitter this year,… 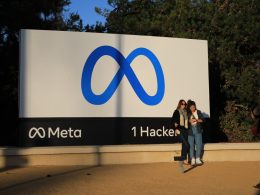 Yesterday, at a press event, Meta announced that they are opening the amount of opportunities for marketers to…