Twitter is looking messier by the minute. The latest in its chaotic news is this morning’s suspension of its revamped subscription service it launched only earlier last week! The decision is motivated by the number of customers who used the plan’s verified-checkmark feature for fraudulent pranks.

The news is made all the more chaotic seeing that the company made no announcement of the change — it no longer has a comms team — but Elon Musk replied to a Twitter user’s question on Saturday that signups would resume “probably at the end of next week.” Great, thanks Elon.

The irony is that the $8-a-month subscription plan has been Musk’s top priority since he took control of Twitter two weeks ago (God, has it only been two weeks!?). Musk was keen to give every paid user a blue checkmark, replacing the existing program, which Musk called “bullshit” and “a lords & peasants system.” However, many were against the decision claiming that, for a decade, a blue tick signified the legalisation of true news through verifying political leaders, celebrities, journalists and other public figures or brands and prevented issues such as copyright and again, more false news.

Nevertheless, at the start of his Twitter reign, Musk declared a ban on impersonation, except when explicitly labelled as parody especially following certain users, including comedian Kathy Griffin, who had changed their profile name and photo to match his. The major irony here, as noted by users, is that such behaviour was precisely what the old-style blue checkmarks — which Twitter only granted after review — aimed to prevent!

As you can imagine, the cases of fraud – causing Musk to withdraw the subscription – involved some users who got access to a blue check for $8 to alter their profiles to pretend to be big companies, public figures, and Musk himself. The joke’s on Elon to be honest.

All in all, it hasn’t been a strong first half-month for Musk so far as he appears to be making snap decisions on whims and communicating them haphazardly both to his own teams and to Twitter users, creating a widening gyre of confusion in all directions. 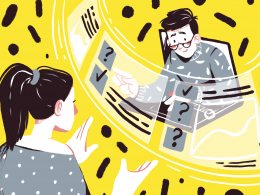 Clientflow: What you need to know

Clientflow is basically the name for the process of selling and delivering specialised services personalised for individual clients.…