Creators are over Instagram making unpopular decisions. Take, for example: scrapping the chronological feed, banning people from sharing grid posts in Stories or – the world’s shortest-lived (and most cursed) update – horizontal scrolling. Instagram also happens to love ripping off other apps – see: Snapchat, TikTok and now BeReal – as well as censoring some of its most loyal users.

We all remember, back in July, when a post and subsequent petition urging Meta, IG’s parent company, to “make Instagram Instagram again” went viral – notably catching the attention of Insta royalty Kylie Jenner and Kim Kardashian, who both shared the post in their stories. A week later, Adam Mosseri, the head of Instagram, responded to the backlash with a video that defended the Reels-focused update, while also calling it “not yet good”. Then, two days later, Instagram conceded to pressure, announcing that it would reverse some of the changes.

But for those who are resistant to the video-focused future of Instagram, the platform’s (probably temporary) backtracking might be too late. The lack of engagement isn’t a worry of the future – it’s a problem happening right now.

“Back in 2018, I would expect to get 100 likes per minute on a post in the first hour or so, but now I struggle to reach even 1,000 likes,” says London-based Erika Gajda, the brainchild of @Swipes4Daddy, a viral screenshot page documenting Gajda’s droll conversations with dating app dads. As well as suffering with Instagram’s algorithm, Gajda says @Swipes4Daddy is severely shadowbanned, having been taken down several times for supposedly breaking community guidelines.

“I have over 160,000 followers, but sometimes my posts are only seen by 20,000 people,” she adds. “I’ve started going through longer stretches of not posting because there’s really no point if no one can see them.” Although she doesn’t make any money off @Swipes4Daddy, Gajda says she relies on it for “proof of concept for writing projects”, and says the lack of engagement is “simply embarrassing”.

“ Instagram has so much capital already that it can pretty much do whatever it wants. “Users have already built out a robust network of people they follow and who follow them,” she explains, “[which provides] decreased incentive to leave” says Frances Corry, a postdoctoral researcher at the Centre on Digital Culture and Society, whose work has explored the closure of social media platforms.

Corry doesn’t believe these updates will lead to Instagram’s demise. “Tumblr is a good comparison when thinking about changes to a platform that seemed to fundamentally alter its DNA,” she says. Tumblr lost swathes of its users, notably LGBTQ+ people, after it banned sexually explicit content in 2018, which had always been a huge part of the site’s culture. However, where Tumblr was responding to legal pressure – due to the presence of child pornography on the site – Corry says Instagram is “responding to commercial concerns”. She explains: “This means that if these changes do not take off the way they’d like them to, Instagram has the option to shift their path.”

Even so, artists and creators are already looking for alternative ways of displaying and promoting their work. TikTok works for those who have been active for the past year but even the TikTok algorithm is going through changes and those trying to reconfigure or start from scratch now are funding it difficult to bring in traffic. Others are even looking to go offline or launch a podcast as a form of expression and audience building. The future of Instagram is fate that sits in 2023’s hands.

The first ever TikTok Awards 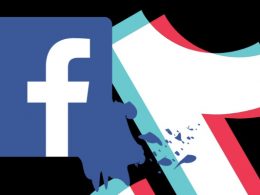 Jack Bridgland is arguably one of the hottest photographers of the moment. If you don’t recognise his name…