This weekend at Comic-Con in San Diego, executives laid out the end of Phase 4, previewed Phase 5, and even teased some aspects of Phase 6.

Phase 4, which introduced WandaVision, Spider-Man: No Way Home, and a slew of new characters, will conclude in November with Black Panther: Wakanda Forever. With fans still reeling from the death of Chadwick Boseman, the star of the first Black Panther film, in 2020, the newly released trailer nearly broke the internet this weekend.

Phase 5 will begin in February 2023 with Ant-Man and the Wasp: Quantumania, followed by Guardians of the Galaxy Vol. 3, season two of Loki on Disney+, and Blade, starring Mahershala Ali as a vampire hunter half-vampire.

Phase 6 will arrive in the fall of 2024, concluding the “multiverse saga” of Phases 4-6. We don’t know much about it yet, but we do know that it will include two new Avengers films (The Kang Dynasty and Secret Wars).

Other news: Amazon previewed its Lord of the Rings TV spinoff (the most expensive show ever made, costing $1 billion over five years), and Dwayne Johnson making a spectacular and thunderous entrance as the DC superhero Black Adam. 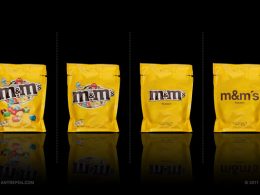 When does minimalism become boring and inauthentic for brands?

Is it just me or do beverage brands seem to all be favouring one type of branding? From…

TikTok increased the number of characters in video descriptions from 300 to 2,200 in September 2022. It was stated that users…