Social media is swarming with a handful of huge music stars speaking out about record labels’ pressure on artists to constantly post TikTok’s encouraging followers to use or stream their music. On the one hand, TikTok can do wonders for artists – small and large alike. It has given independent artists the chance to capitalise on the platform for free and create engaging content that promotes their music. For larger stars, capitalising on this ability was made even easier due to an existing following.

However, TikToks, and the most successful ones at that, last between seven and thirty seconds. The whole ‘six second attention’ rule is crucial for a TikTok to go viral on an algorithm that promotes short form content. For this reason, music artist’s are only able to promote the hook of their song or at least a specific short snippet. While this is a great form of promo, it’s had an affect on how music is listened to and therefore made.

Record labels and music management are encouraging artists to make music with TikTok as the sole focus in mind. Songs are, in turn, becoming shorter and verses and build matter less. Lyrics become more generic so that as many people as possible can relate to them. Experimental music, acoustic music, unconventional music and even ballads are being forgotten due to an assumed inability to capture the listener’s attention. Artificial, busy drum beats, booming bass line and poppy top-lines are instead favoured. There should be a space for all types of music but TikTok seems to be stripping the art from the art form.

When we think of great classic music from Nina Simone, Nick Cave and Nico to Leonard Cohen, Kate Bush and even select Madonna songs which have changed the face of music and unconventional, most of these songs, if they were to be released today, would not do ‘well’ on TikTok but still, of course, act as thought provoking works of act. For many music artists, making music for TikTok feels like the equivalent of only being able to make 20 minute sitcoms for TV. While we love Friends, Frasier and Modern Family, as creators and receivers of art, it would get a bit dry if that’s all we were to consume and create.

There are also further layers of misogyny, ageism and pretty privilege involved in this issue. TikTok is both an audio and visual app, catered to Gen Z users and even if the user isn’t Gen Z, the algorithm is more likely to promote content showcasing young, attractive girls. This further enforces the extremely outdated, misogynistic and exploitative nature that the music industry was already doing a great job of perpetuating.

Rebecca from Self Esteem recently took to Instagram to expose how labels attack most female artists when it comes to creating visual content with Florence + the machine, Charli XCX, FKA Twigs, Halsey and Doja Cat being the artists who have spoken out about label pressures.

Part of the issue for many, is that even these videos which out artist’s label pressure are often posted out of a desire for engagement. Charli XCX even claimed that she made the video with the goal of virality and humour in mind. These types of post do seem particularly lucrative, in terms of the attention they draw. Florence Welch’s a capella videos that feature complaints against her label have earned millions of views – more than almost every other video on her TikTok. The same goes for Halsey, whose original post stands at 8.5 million views, and would presumably apply to FKA twigs if she hadn’t pulled her complaint. We all love a David and Goliath story: a pop star standing up for themselves against a faceless corporation.

TikTok is a great platform for music, but if it acts as the only platform, or at least 90% of the discovery, the art may be at risk of losing some authenticity.

What should marketers be asking in the metaverse? 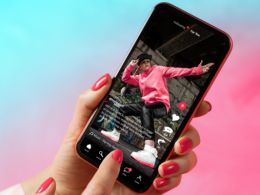 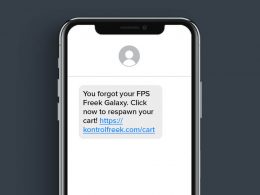