Last night I went for my sister’s 21st birthday dinner with the rest of my family. My mum is Latina which makes my sister and I mixed Latinas. All three of us had separately watched Jennifer Lopez’s new documentary Half Time. To all of us, JLo is an icon. Growing up, she was the only woman in any of the rom coms we watched and loved who looked like us, had a small brown mother with a thick accent who worked a working class job – in contrast to the Paris Hilton’s and Lindsey Lohans of the era – and had a body which looked like it benefitted off three meals a day, most of which contained carbs.

All three of us loved the documentary for different things. Myself as an aspiring music artist, my sister as an aspiring designer and business owner and my mum as a Latin woman of the same generation who had worked her culo off to provide a better life for her familia. However, I made a comment about what I took away from it overall; “JLo is such a ruthless queen. Ruthless is the word I would use for her” I said. My mother’s response was “really? I think she came across so well and so nice. A great mother too.” My response was “yes exactly she did. Ruthless is in no way an insult, I mean it in the best way possible”. “How so?” my sister asked. I responded with “well, you can tell that for over 20 years she did anything it took, put her career first and had a ruthless drive. She didn’t entertain any BS and didn’t care if people thought she was difficult or a diva. She acted like a man and did what she needed to do to become a global icon and represent our culture and community”.  My mum and sister nodded in agreement.

The conversation inspired me to write this article about how being ‘ruthless’ is a good quality – especially for women and women of colour and of various marginalised diasporas.

The word ruthless has negative connotations nodding to it being interpreted as cruel or unforgiving. A lot of people want to be nice and are more concerned about making people like them instead of getting what they want. This isn’t a very JLo move.

Of course, ruthless does not mean going out of your way to be harsh, judgemental and nasty to people. Being ruthless simply means being like JLo; JLo didn’t compromise the career she wanted just to please someone else. She didn’t lose weight to please the white audience.

Most people give up on their dreams and choose the safe option which is 100% understandable. But that’s not you. That’s why you need to be ruthless.

Being ruthless is doing things like cutting off people who don’t believe in you. If you’re truly working your butt off to make your career happen and you’re dating someone who thinks it’s silly, risky or pointless, really consider whether this relationship is worth it.

Parents are more tricky, you can’t cut out your parents but you can cut off their negative comments. There are 2 groups of people, one pulling for you and one pulling against you. Be ruthless — cut out the negativity because you don’t have time for it if you’re working towards your dreams.

Another ruthless move is being able to say no. No to people, no to pointless opportunities that will waste your energy and not get you where you need to go. Stop being nice to please someone else. How about you start making yourself happy and stop compromising what you actually want?

When you get on this ruthless train, all the vehicles will have shorter and shorter trips, which means you need to ride for shorter periods of time, know what you’re doing, and know what you’re getting. The window only stays open so long, and then it closes.

It must be remembered that being ruthless is a privilege. It means prioritising yourself because you’re putting the work in. If you know that you’re doing everything in your power to get to where you want, to be honest, you’re probably already being ruthless because you genuinely don’t have the time or energy to let silly opinions and haters get in the way. You can only be ruthless once you’re proving to be the hard worker and self-maker that you are demonstrating.

As a woman, being ruthless is so hard. A woman’s ruthlessness is a man’s confidence. When we know what we want and make ruthless decisions we are labelled as selfish and difficult. When a man does it he is deemed intelligent and business-minded. The key? Don’t give a flying freak about what others do and say. think. Sure, they’re intimidated and that’s a bad stigma but will they get to where they want by hating? No.

When you commit to ruthless clarity, creativity will follow — it will rain. The JLos, Michelle Obamas, all of the greats, they all control first and then creativity follows. They know how to be ruthless with themselves. 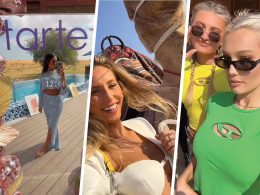 As a brand, is it smart to carry out an influencer campaign which involves an all expenses paid… 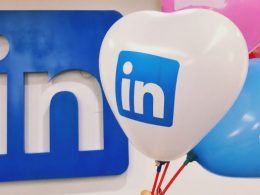 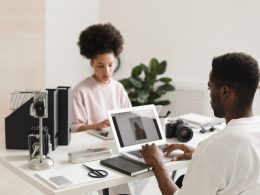 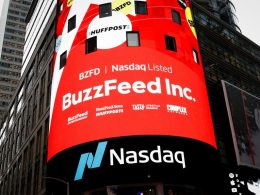 What’s the deal with Meta and BuzzFeed’s $10 million deal?