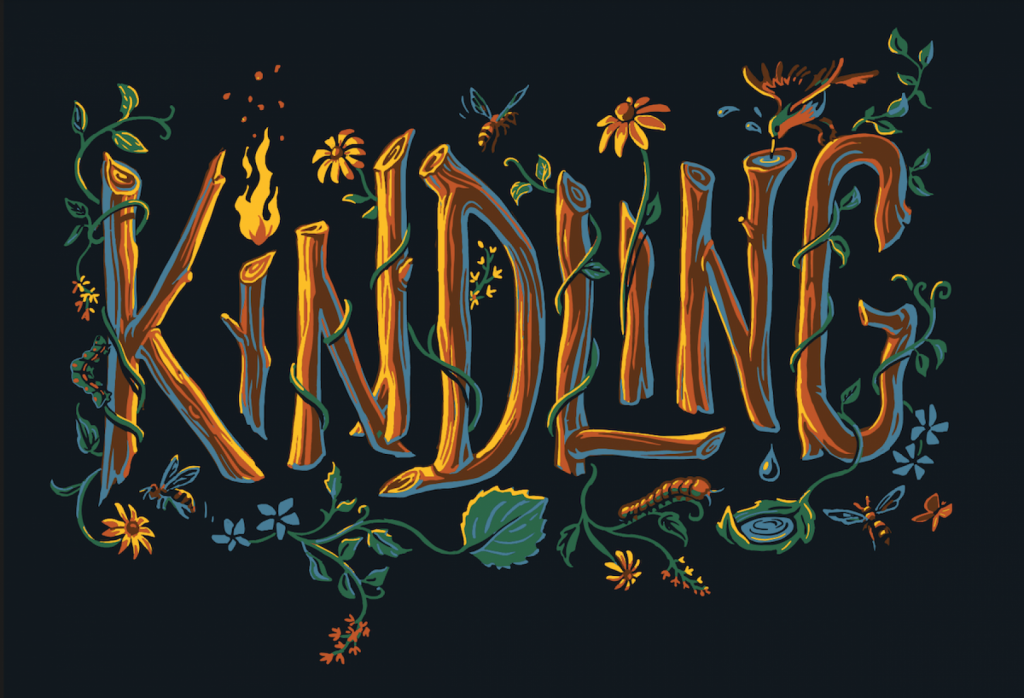 Kindling is a new beer created by creative agency Fortnight Collective. Its campaign is centred around social good for the new Odell Brewing Company product. Marketed as “a golden ale to spark change”, Kindling will be sold with 1% of proceeds given to charities which address a wide range of issues, including homelessness, forest restoration, food insecurity, and social injustice.

The charities include Wildlands Restoration Volunteers, The Growing Project, The Cultural Enrichment Center of Fort Collins, and The Gathering Place and are all part of the brewer’s community in Fort Collins, Colorado.

Why the name Kindling? Well, it’s due to its fire connotations, aiming to form a metaphor for the brand that “has a charitable giving focus on numerous, smaller grassroots organisations that make a big impact through their efforts”. 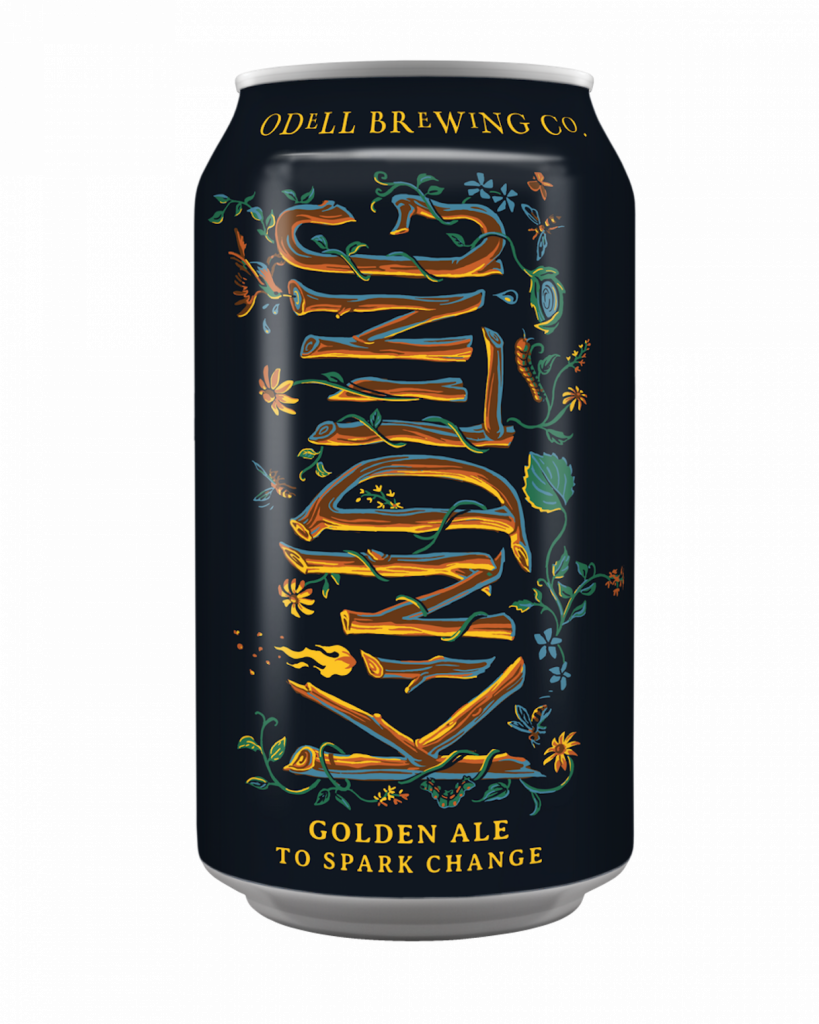 The logo and typeface carry this meaning beautifully as the name sits front and centre, with lettering composed of wood and wildlife illustrations – a hand-drawn hero illustration as a logotype of branches and twigs (literal kindling).

“From early in the design process, our instinct was to play with elements of light and dark,” says Fortnight creative director Noah Clark. “Given the name was Kindling and the beer itself exists to ‘spark change’ at the local level, we wanted the artwork itself to illuminate an otherwise dark can somehow and be a metaphor for lighting the way to philanthropic outreach and action.”

“The water droplet being cupped by an outstretched leaf and the overall composition, of course, are a nod to the environment and conservation. And then finally, small accents like the butterflies and caterpillar represent themes of change and evolution,” Clark adds. “It was a long journey to the final product, but worth every stroke of the pencil as we always wanted final artwork that was as meaningful as the brand’s mission to give back.”

Film festival CineCov launches this summer to coincide with Coventry’s City of Culture programme of events. The focus…