With Twitter announcing the debut of its shopping livestream featuring Walmart merchandise and YouTube offering a week-long live shopping pop-up with creators for the first time, this November has proven to be a good time for tech companies to test new shopping formats.

I also stumbled across a TikTok which suggested that the way we are shopping matters more than the discounts we are being offered. Ten years ago, Black Friday seemed to be a bigger deal because you couldn’t purchase biker shorts for £8 all year round. This time around, it’s about enticing deals rather than offering them. Let’s take a look at how the platforms are doing it this Cyber Week.

YouTube is clearly still interested in making its video streaming service a shopping destination. Its main shopping events concluded last week and included 10 days of live shopping videos, shoppable Shorts and video gift guides featuring more than 30 brands and creators. Creators were also able to host Q&A sessions with fans during their live shopping streams for the first time. This follows last year’s “Holiday Stream and Shop” week with creators such as MrBeast and Jackie Aina.

‘Tis the season to be messy according to Meta! The Facebook and Instagram mother has been silent so far on holiday shopping, beyond a handful of creator and retailer Reels and livestreams on its @shop and @instagramforbusiness accounts. That’s a change from last year, when its offerings included daily live shopping streams hosted by brands on Facebook and Instagram. Creators are still using sponsored posts and an abundance of Black Friday and Cyber Monday sales to sell products through Reels and posts on both apps. And though creators can still sell products through Instagram livestreams, Facebook shuttered its live shopping feature in October, just ahead of the holiday season.

TikTok also hasn’t announced any big holiday shopping events, although the Financial Times reported that the short-form video app would partner with live shopping startup TalkShopLive to use its technology to host shopping livestreams with TikTok creators. The story noted that the feature was expected to launch ahead of the holiday season. TikTok did not respond to a request for comment about its holiday shopping initiatives.

Pinterest used this year’s holiday as an excuse to host its first Pinterest TV live shopping event—no surprise given new CEO Bill Ready’s focus on e-commerce. The four-day event in mid-November included more than 60 brands and more than 40 hours of shopping content. Each day had a different theme, e.g. “beauty and fashion” or “food.” A majority of these streams were hosted by creators.

One of the most media grabbing ways of shopping this year has been live streaming with influencer marketing companies like Influential seeing over 20% of their customer base place such content into their strategies the past few months, according to CEO Ryan Detert.
However, whilst some social media apps have tested or launched holiday-exclusive shopping events, they haven’t been able to maintain live shopping as a year-round format.

“Shopping is a very intentional exercise,” said Aaron Levant, CEO of live-shopping startup NTWRK in an interview with The Information. Companies that already offer static commerce, “whether that’s Amazon or Walmart or Nordstrom,” might have more success with livestream shopping than others would “by putting commerce in a non-commerce environment.” 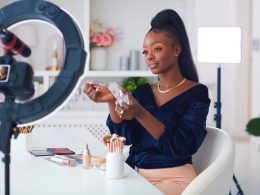 Why marketers would be smart to prioritise the creator economy This week, after Snap announced the launch of Snapchat for Web, a few headlines left some advertisers mystified: CNN speculated that… 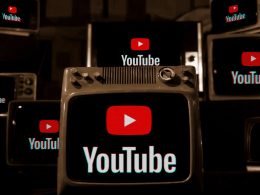