Freelancer prices are a tricky and sensitive topic and we’d be right to tiptoe around the subject. I had two conversations this week that sparked my interest in whether clients and artists should question the prices freelancers set. As an independent artist who self-funds my projects, I will try to negotiate but as a fellow freelancer, I understand the need to justify saif prices – naturally I am torn.

The first of these conversations I had with a friend of mine. She is an independent artist who is, like myself, of mixed LatinX heritage but she makes reggaeton music. She told me about her hunt for a motion animator for a music video. Her budget was £3,000 but the animator quoted £25,000 for a singular music video. This animator is respected in their field and has worked on the music videos of a few successful music artists.

When she tried to negotiate, the animator didn’t budge. I fully understand why they didn’t. If they’re able to make £25,000 per project (and motion animation takes a lot of time, if you’ve ever seen a Pixar behind the scenes doc, you’d know!) then it makes sense as to why they’re not working on independent small budget projects. This is, in my opinion at least, totally justified. The artist’s work showed up for itself, their portfolio speaks for itself and all freelancers are entitled to politely decline.

On the other hand, I had another friend who is also a music artist. This friend was looking to collaborate with a photographer for press shots. They met a photographer who actually came to one of their gigs and suggested they collaborate. The photographer accepted the offer to collaborate on a creative project but made it clear to her that they usually charge £400-500 per shoot. My artist friend was grateful and thus organised a stylist, hair stylist and makeup artist to also join in on the collaboration. The shoot took place in the photographer’s warehouse where they lived and he set up a DIY very small set-up with one light, a backdrop and an IKEA rug.

During the shoot, my friend didn’t feel directed or listened to. When the photos did come out they were poorly lit, edited and in her words looked a little like a GCSE photography project. She asked for further editing but the photographer was adamant then reminding her that he charged £400 per photo whereas before he had stated £400 for the shoot (which involved 3 looks and 60 photos taken on digital).

“Can you imagine if I’d had to pay £400 as an independent self funded artist for these! I would be heartbroken!” My friend told me over a tequila lime and soda at the pub. I wholeheartedly agree with her. The question we couldn’t settle on however, is whether or not it is appropriate for her to be pissed off since she didn’t pay for anything. On one hand we said yes because he is also getting exposure through her very dedicated following and also if you agree to a collaboration then we believe it should be treated with as much effort and care as any other project by principle. On the other hand, as freelance creatives maybe a part of us can understand that if there is no direct profit being made then maybe some shortcuts can be made. However, these short cuts were already made being that no professional studio was used and my artist friend compromised a lot on creative ideas.

The debate stays open and I’m not really sure where to sit on it. What do you think? 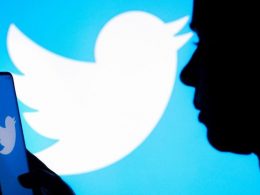 What creators want from Musk’s Twitter is quite straightforward

At this point with all its chopping and changing, we must ask ourselves what do creators really want… 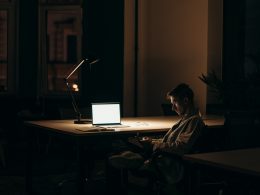 Do you ever just sit and wonder how and why TikTok became so popular so quickly? Its popularity…