“I do it every day to make sure I can pay my rent, dude.” This is a quote from Nashville based musician Koch who, through posting one to four 15 second face filter videos a day on Instagram Reels, made a $35,000 monthly bonus.

It all started in October 2021 when, after ignoring the notification for several weeks, Koch decided to delve into the world of paid creator content on Instagram by signing up for the Reels Play Bonus, a new program that paid creators for the views they got on short-form videos known as Reels. The first video using a trending face filter got him ten bucks.

began posting six to eight face-filter videos a day, and, weeks later, after receiving advice from mentors in the music industry to post more, upped his daily production to between sixteen and thirty. The Instagram algorithm rewarded this extraordinary proliferation of content. A filter that covered half his face with his random celebrity twin (Margot Robbie) got nearly forty-eight million views. During his second month enrolled in the new bonus program, he hit his maximum monthly allowance—a thousand dollars—and watched his follower count climb by thousands. This eventually led to that $35,000 bonus money.

A similar story follows Drew Beilfuss, a skateboarder who had been posting skateboarding videos on Instagram for over six years. For a couple of weeks he would film ten face filter videos after showering and post them online with exaggerated reactions. He was leaving his orthodontist’s office when Instagram told him that he was eligible for a thirty-five-thousand-dollar monthly bonus; his consistent monthly view counts over a hundred million entitled him to about half the total over the next few months. His first purchase was Invisalign. If Instagram was going to make people look at his face, he didn’t want them making fun of his teeth.

Koch is a musician and Drew is a skateboarder. As you can gauge, face filter videos don’t have much to do with either or these niches. And indeed, many weighed in to to tell them that they were making “the worst content ever” and responded with pleas to “#StopThisTrend.”

The negative responses didn’t bother Beilfuss much. “I’m not gonna lie. That comment helps me.” For algorithmic purposes, engagement was engagement, even if it was someone engaging to say, “I’m ashamed to be alive.” The skateboarder found that whether or not people liked the videos, that didn’t affect their popularity.

Additionally, most face-filter creators post their videos not on their main feed, which is sent out to all of their followers, but directly to the algorithmic Discover page. That way, the videos only go to people who have limited control over what Instagram shows them. For those who have seen success making content they’re more proud of, the logic behind making face filters is simple. Not only do the videos make money and improve the odds of getting lucrative brand deals but they can also direct people toward their other accounts, where they post better videos. But they also have come to understand how important it is to follow trends and game each site’s algorithm.

As to whether or not this is the formula for online success is very personal. While Beilfuss didn’t seem to mind, other creators such as Monica Beck, a twenty-five-year-old model and content creator from Los Angeles, found it demoralising. It felt disempowering to achieve so much recognition for something that had so little meaning and impact; it wasn’t the way she’d imagined growing an audience. “I think for a while, I was kind of judging it and negative about it,” she told The New Yorker. “Until I kind of just realised, O.K., this is the nature of social media right now. You either ride the wave or not, and me not riding the wave led to me not getting any benefit out of it.” People could call her videos “cringe” all they wanted, but once she had the audience, she could finally start forming the community she’d wanted to grow in the first place.

Personally as a creator and music maker who has had TikTok videos go viral for non-music related content be it my ethnicity, body or interaction with a celebrity while waitressing, some of this content can be beneficial to my art and others not. The former videos attracted male users who only came back to my page to look  at – and often objectify – my figure which didn’t help my mental health, music content or brand. The latter (now at almost 200k views) helped to reach a female audience and made my personality and quirks the centre of the content therefore tempting viewers to come back for more and see what I had to offer. 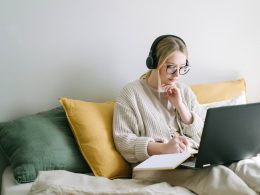 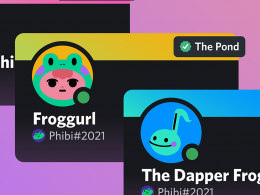