Holiday shopping is straight to the socials for Gen Z

If you had to guess where Gen Z and Millenials are purchasing their Christmas gifts what would be your bet? That’s right; social media!

Research shows 60%of Gen Z (born from 1997 to 2012) and 56% of millennials (1981 to 1996) will do at least some holiday shopping on TikTok, Instagram, YouTube and similar apps, according to the consulting firm Deloitte. That’s a significant leap from the 49 and 46 percent, respectively, recorded in 2021. Even Gen X and boomers have warmed up to the trend, the study found.

Additionally 6 in 10 shoppers say they get “inspiration and ideas” for gifts from the sites, according to a global survey by the IBM Institute for Business Value, in association with the National Retail Federation. I have to be honest, I thought this number would be higher and I wouldn’t be surprised if the crappy economy is affecting these numbers.

The reason I thought the statistic would be higher is because, as a Gen Z member, I believe that social media provides exposure to so many more products that we would never have access to. You also see what’s trendy in other places, and things that are very useful or practical that are helping other people that you can’t find in local stores especially if you don’t live in a big city.

The market for influencer-branded content hit $10.4 billion last year, according to Grand View Research, a market research firm, and is expected to swell in the next several years. Fashion and lifestyle brands represent the largest slice — nearly a third — of the market, the analysis found.

The shift is among the many ways consumers have altered their buying habits in the face of decades-high inflation and rising interest rates. Shoppers are savvier — hunting for bargains, comparing prices, clipping coupons — and buying earlier, in part to spread out spending over the season. The National Retail Federation projects holiday spending will range from $942.6 billion to $960.4 billion in November and December, which is 6 to 8 percent higher than last year. The figures do not account for inflation.

We can also expect Black Friday to hit hard this year as retailers had to adapt this year as stockpiled inventory and rising labour costs torched their margins, forcing them to roll out early sales and discount a broader array of merchandise. They also recognized that consumer expectations had shifted, even after in-person shopping returned to pre-pandemic levels. Convenience and service took priority. Curbside pickup, buying online and picking up in-store, and self-checkout became standard.

This year also saw TikTok – the most popular app for Gen Z worldwide – launch a live shopping feature for the UK and Asian markets as well as for the US.

Hurdles do, however, present themselves with Meta announcing it was laying off 11,000 employees, attributing it in part to an overestimation of the e-commerce boom during the pandemic. The decision came three months after Meta announced it was shutting down its live shopping feature on Facebook after it underperformed.

Ryan Detert, the chief executive of Influential, an influencer marketing company, said that despite Meta’s move away from the arena, he expects influencers and brands to lean into live-streaming. The experience is just an enhanced version of watching someone review a product in a video, he said, but now viewers can interact with the talent and ask questions.

Detert pointed to the overwhelming success in the Asia-Pacific region, where “200 billion — with a B — is spent on live commerce every year.” We have covered this often on Wishu; those statistics do not match the West and social media apps continue to struggle to match them up.

Brands and influencer partnerships are booming for sales currently but the way the product is presented has a huge impact on how many are sold. Naomi Hearts, 24, considers every time she’s approached by a brand. As a plus-size trans Latina with more than 918,000 followers and 62.7 million likes, Hearts feels a responsibility to make sure the companies she recommends are inclusive and align with her principles. She gives careful consideration to each product to ensure it is right for her followers. 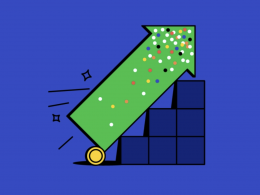 Marketing techniques are changing more rapidly than ever. With the rise of TikTok and now the move into…