Free brand visibility in Stranger Things 4 was worth a whopping $25 Million – per brand!

This Saturday I had an awful stomach bug which was mostly bad as I was restricted to my bed and sofa for a good 24 hours. The only upside (or should I say upside down…)? The last two episodes of Stranger Things had just come out on Netflix so I knew exactly what to do with my time.

Something that really stood out throughout the whole series were those crates of Jif peanut butter that Hopper was grateful to find after what he describes as a diet of ‘watery soup’ when he breaks out of prison. The branding is so authentic to the 80s and infuses a wave of nostalgia even for myself who wasn’t even a thought in my mum’s mind in the 1980s.

Other notable brands featured in this series were Skittles candy, a Minute Maid juice box, the Sony Walkman (favoured for playing Kate Bush’s Running Up That Hill on repeat) and Coca Cola (which Eleven tries to crush with her mind alone).

One fan blog noticed that 140 brands had product placement in this series alone. The final two episodes of season four were just released for the Fourth of July holiday weekend. And such product placements have real value as a form of advertising — and marketing professionals say they could easily be worth tens of millions of dollars in exposure for the brands showcased on “Stranger Things.”

Concave Brand Tracking, a British company that analyzes placements in movies, television and other outlets, put the advertising value of being featured on season three of “Stranger Things” at $15 million when it last looked at the ’80s-themed sci fi/horror series created by the sibling team of Matt and Ross Duffer. However, Craig Agranoff, a Florida-based marketing executive, said the value could be considerably higher because of the show’s surging popularity. He put an estimate of $25 million in free publicity for appearing on the show.

Something else I couldn’t help but feel while watching the show is how already it is just so…iconic! The 1980s element means that my parents experience a wave of nostalgia (probably tempting American parents to run out and buy a jar of Jif upon watching) but it is also so fresh and modern enough for my teenage siblings and I to relate to. More importantly, I can really see it being a show that my future children and future generations want to rewatch because it really is the Golden Age of TV renaissance and was one of the first shows – back in 2016 – to define the Golden Age of the streaming area alongside other Netflix classics such as Grace & Frankie, The Crown and The Good Place.

Stacy Jones, chief executive officer of Hollywood Branded, a marketing agency that specialises in product placements, agrees and said the value could “range into the realms of ridiculousness” — largely because she anticipates the series will have such staying power. “Stranger Things is going to be something people watch 15 or 20 years from now,” she said.

Indeed, Netflix reported that the fourth season’s debut broke a network opening-weekend record for an English-language series, with subscribers clocking in 287 million hours of viewing over Memorial Day weekend.

What’s more interesting is that none of the brands and products that appear in Stranger Things 3 were paid for or placed by third parties. They’re all part of the Duffer Brothers’ storytelling, which references 1980s consumer and popular culture. In the past, Netflix said it actually hasn’t charged companies that are featured in the show, despite the fact that such product placements can traditionally run as much as $1 million, according to Stacy Jones.

Sites to help you land your first NFT job  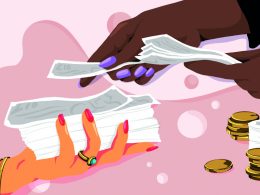 Congratulations! You’ve decided it’s time to secure funding and/or investment for your business and making this decision is…