Disney’s Involvement in Blockchain, NFTs, and the Metaverse

Many companies have jumped into Web3 and the Metaverse, and Disney is the latest household name to use its vast resources and expertise to bring the new internet frontier to life. Web3 promises to bring new services and venues that will provide exciting experiences for the average consumer as well as tremendous opportunity for entrepreneurs and investors as the convergence of 3D virtual worlds, AR, VR, and blockchain technologies. However, for Web3 to truly take off and reach its full potential, it needs compelling reasons for people to join, and Disney’s Accelerator Program could help.

Disney Accelerator is a yearly investment and advisory programme that assists technologically innovative companies, and this year Disney is focusing on Web3 and the Metaverse. The programme runs each summer and concludes with a demonstration event in October, focusing on entertainment technology and providing investment capital, access to space at Disney’s co-working campus in Los Angeles, and advice from Disney’s top executives and business leaders in entertainment and technology. Epic Games, the creators of Unreal Engine and Fortnite, and Hanson Robotics, specialists in human facial animatronics, are two notable companies that have participated in the Disney Accelerator programme.

Disney announced six companies chosen for this year’s Disney Accelerator in an official press release, all of which have some connection to Web3, the internet, and the Metaverse, and span the fields of AR, AI, gaming NFTs, virtual shopping, and blockchain. Disney has made significant contributions to entertainment for nearly a century and sees Web3 as having long-term value. This isn’t Disney’s first mention of Web3 and the Metaverse, but it hasn’t made any significant moves toward its development. The Disney Accelerator programme provides a powerful environment for any company to advance.

Flickplay, Inworld, Lockerverse, Obsess, Red6, and Polygon are the six participants in this year’s Disney Accelerator programme, and they are all technology companies spanning multiple niches across the Web3 and Metaverse frontier. They range from startups still in “growth mode” to technology firms contracted by the United States Air Force, but all are involved in Web3 technology. None of the companies appear to have overlapping specialties, and each appears to be focused on a specific aspect or experience of Web3. 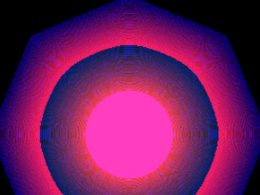 The first ever NFT

While many of us still struggle to get our heads around this concept, it’s not particularly new.  It was… 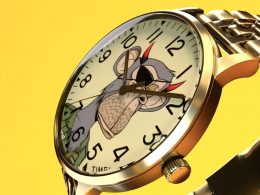