You may have read yesterday in our newsletter that Musk is withdrawing his subscription option on Twitter which enabled users to purchase blue ticks. As you can imagine, the outcome of this, and now one of the main reasons for its withdrawal, has been brand impersonation. This week, brands were being impersonated left and right on Twitter because of one of Musk’s first business decisions since buying Twitter last month.

One of the most ironic impersonations was that of Elon himself as Twitter saw the accounts of people such as comedian and online activist Kathy Griffin, troll the billionaire by pretending to be him using her blue check.

Quickly, blue checks became a brand safety issue. By Thursday, one major media holding company issued a warning about the possibility of brands being attacked on Twitter by bad actors armed with newly purchased blue checks. A leader at the holding company, who spoke on the condition of anonymity, said that the potential for impersonation was the latest sign that Twitter is going downhill as a place for advertisers, and Musk’s attempts to calm the atmosphere by talking with top advertisers, did not inspire confidence. “Basically, a bad situation has gotten worse,” this person said. “It’s deteriorated.”

The holding company sent an internal memo to its teams warning about impersonations on Twitter. This follows other holding companies, including IPG’s Mediabrands, which had already warned brands not to spend money on Twitter until Musk can assure marketers that the platform will remain viable in terms of brand safety and suitability.

Interestingly, the main concern upon launch wasn’t account and brand impersonation but rather the potential for hate speech on Twitter after Musk bought the company, because he promised looser moderation policies to enable more free-flowing conversation. For advertisers, that raised alarms about more harassment, trolls and possible racism. We also all remember the Kanye scares!

Some examples of brand fraud by means of the subscription allowing users to purchase a blue for 8$ are the following;

One blue check under a profile name “Nintendo of America” tweeted an image of Mario giving the finger. Another blue check with the handle “@pepico” tweeted: Coke is better. Notice the handle was not from @PepsiCo, the official Pepsi account.

Nevertheless, prior to the launch, Musk did express awareness that selling blue check marks could lead to brand fakers, since it was one of the topics he raised in a Twitter Spaces meeting on Wednesday. During the online talk hosted by Musk, which eventually drew more than 1 million listeners, he discussed his vision for Twitter and his plans to accommodate advertisers.

“We’re going to be extremely vigorous about eliminating deception, so if someone tries to impersonate a brand, that account will be suspended,” Musk said on the audio call, “and we’ll keep their $8, and they can keep doing that, and we’ll just keep their $8 again, and keep their $8 again. Great, do it all day long. They will stop … it starts to get expensive, and it starts to need a lot of credit cards and a lot of phones, and eventually they will stop trying.”

Why, then, did he launch the programme? By late Thursday, Twitter put a pause on allowing anyone to purchase a blue check mark, and Twitter re-implemented another verification tool that Musk rejected once already—the “official” tag that could accompany certain verified accounts. On Friday, more brands were appearing with an “official” tag, below the blue check mark, to denote that those accounts were in fact the actual brands on Twitter.

While most impersonations were harmless, they did target major brands. In one case, a fake account for pharmaceutical company Eli Lilly tweeted: “We are excited to announce insulin is free now.” That received hundreds of retweets and thousands of likes, prompting the real Eli Lilly to apologise for the misleading tweet from a “fake” account.

For a further ironic jab, there was even a fake Tesla account, impersonating the electric car brand founded by Musk. He is having a hard time controlling Twitter advertising issues, and there has been a brand revolt. Many advertisers already pulled their spending on the service immediately following Musk’s takeover, while they waited to see what policies and procedures he implemented to keep the service safe.

Musk only assumed control of the company two weeks ago, and there have already been mass layoffs and an exodus of some of the top executives who knew brand partners the best. Twitter lost Sarah Personette, chief customer officer; Stephanie Prager, head of global business partners; and JP Maheu, head of agency and brand partnerships. Robin Wheeler stepped up as head of client solutions, and she was on the call with Musk on Twitter Spaces on Wednesday, speaking on behalf of advertising clients. On Thursday, it was reported that Wheeler was leaving the company before being persuaded to stay. It’s a messy space for Musk and we’re waiting for him to clean it up. 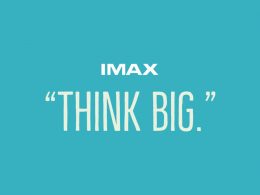