Just a word of warning – I know nothing about football. I’m as stereotypically femme as they come and in all honesty, sports have never interested me. As a kid I was, actually, a massive tomboy who played only with boys, wore only jeans (I now wear heels almost every day) but I was more of the nerdy brand (I had a Doctor Who lunchbox and dressed up as Princess Leia – wig and all – Christmas Day 2008). Therefore, before researching this article, I worried I wasn’t up to the task. However, upon research I found myself completely engulfed in interest and passion. The progress that women’s football has made in recent years is nothing short of insanely impressive and inspiring, furthermore it is providing brands with a plethora of opportunities to change the narrative around sports, women, women in sports and the way we consume media and materialism in general. Cheers to that!

In very recent years, women’s football has come a long way in a short space of time and ambitions for this year’s Women’s Euro have naturally evolved to reflect that.

Back in just 2018, the football industry was still familiarising itself with the opportunity in the women’s game. England faced no rival in their bid to host the 16-nation tournament and there were several months until the 2019 Fifa Women’s World Cup in France, a hugely successful event that would ultimately state a compelling business case for the sport.

Now, Uefa is expecting a global audience of around 250 million for this year’s Women’s Euro, which will see 31 matches across ten UK venues broadcast in close to 200 territories. European soccer’s governing body also announced over the weekend that 500,000 of the 700,000 available tickets have been sold for the tournament, indicating that the event is on track to more than double the 240,000 attendees at the last edition in the Netherlands in 2017.

The growth has been so rapid that many in the industries have found it – understandably – overwhelming to keep up. Tom Warwick, the FA’s host association project leader, tells SportsPro; ““It’s a nice problem to have, but just the increase in profile of the event [has been a challenge] […] When we bid, France 2019 hadn’t happened, that really took the sport to another level, and we’ve seen massively increased service levels since then. Uefa now treat this like a men’s Euro, whereas before it was probably more in line with their youth competitions, so that in itself brings challenges in terms of resources and budget available. But this tournament is a mega event in everyone’s eyes, including the government, so that’s only a good thing for the sport moving forward.”

Nevertheless, brand campaigns surrounding the 2022 Women’s Euros celebrate this rise in popularity of women’s football. A notable mention is this year’s Nike campaign. Titled Never Settle, Never Done, the film pinballs around the diversity of experiences and expressions of women’s football, from casual kickabouts in the street, to grassroots teams like Women’s Soccer School Barcelona and Grenfell Athletic FC, to the major stars of today, such as Leah Williamson and Pernille Harder.

The Never Settle, Never Done campaign has also been rolled out in outdoor executions by W+K Amsterdam, with a series of OOH ads supporting the Lionesses displayed in prominent locations around London. Women’s football is a fertile landscape with great promise, both culturally and creatively.

As an official sponsor of the Women’s Euros, Nike has already partnered with women’s stories platform Rebel Girls to help personalise the game by spotlighting key players and coaches.

The most tangible barometer of success going into the event has been the speed at which tickets have been flying off the shelf, which has coincided with a period of increased exposure for women’s soccer in England through the domestic competition’s new TV deal with public service broadcaster the BBC and pay-TV network Sky Sports. The Lionesses group stage games are all sold out and no seats remain for the final at Wembley, which is expected to welcome close to 90,000 supporters for the champion-crowning game. Just as encouraging is the fact that tickets have been purchased in 99 countries, including nations outside of Europe such as the US, China and Australia, with 20 percent of attendees expected to come from overseas.

The Local Organising Structure (LOS) appointed five agencies to help hit its ticketing goals, including Two Circles, which has been providing fan insights and data analytics to help drive attendances. M&C Saatchi Sport and Entertainment has been overseeing a PR and communications campaign to raise awareness of the tournament, while Matta, Threepipe Reply and Heart Productions have also been supporting the delivery of the event. 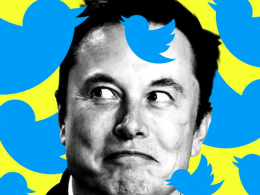 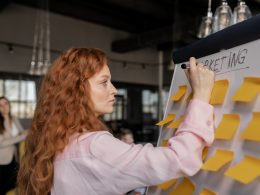 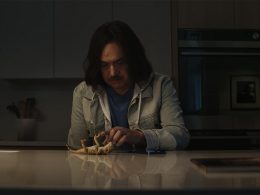 Our fave creative campaigns that are ‘so hot right now’

We love a creative ad campaign and as we have entered a new year, we thought we’d narrow…