Yesterday, at a press event, Meta announced that they are opening the amount of opportunities for marketers to advertise on both the Explore page of Instagram, within Facebook Reels and on creators pages.

It’s a potential new source of ad revenue for the social networking giant and for the creators who use the platform as a source of income. For in-Reel Facebook ads, creators would get 55% of the revenue, while Meta would get 45%, the company said at the event. The specifics of the revenue share for ads on creators’ pages is still in the works, but the earnings creators can expect would likely be supplemental and not a significant source of income, according to a Meta spokesperson.

Nevertheless, there are concerns that this might mean that Meta becomes oversaturated with ads and with timing alongside a hiring freeze amid macroeconomic headwinds, it’s not all good news.

Furthermore, an anonymous buyer told AdWeek that the new formats don’t necessarily stem from the desires of the advertising community or of users.

“They’re more so following expectations from Wall Street,” the buyer said. “I find the timing interesting that they’ve shoved ads into all these existing places after they’ve had a hiring freeze.”

The slew of new ad formats announced Monday include post-loop ads on Facebook Reels. The skippable video ads, ranging from :04 to :10 play at the conclusion of a Reel, followed by the original Reel resuming and looping again. These ads already exist in Instagram Reels.

Another format: image carousel ads for Facebook Reels are horizontally scrollable and can include anywhere from two to 10 image ads and will appear at the bottom of Reels content.

“Creators now have the opportunity for an advertiser to run a series of ads not interrupting their Reels experience or their own content, but giving them the opportunity to monetize,” said Nada Stirratt, vice president of Meta’s global business group.

Finally, a test of ads in creators’ profile feeds is aimed at giving creators another monetization option and will allow them to earn extra income from ads within the content they already have in their profile. A test is underway with a select group of creators in the U.S.

“This could perform really well or severely damage the ‘authenticity’ of creators,” he said, adding, “We’re already seeing a strong trend that users are less and less trusting of influencer marketing.”

A Meta spokesperson said that the company will make it clear that creators are not affiliated with the ads that appear in their profile feeds. “We will listen closely to both advertiser and creator feedback during our initial test of ads in Instagram profile feed,” the spokesperson said.

Another new surface for advertisers is the home page in Instagram’s Explore tab. There is much speculation about whether or not this will prove useful. Christina Cua, director of product marketing, said people go to the Explore tab for inspiration, and this gives brands the chance to reach people who are not existing customers. It also presents another brand safety risk, the first buyer said, adding, “The tricky part about Explore is that there are so many thumbnails, and it only takes one to be explicit. It’s a screenshot risk.” The Explore page has existed without ads for years.

Arguably the most interesting point was made by Renwick who noted that social media was made for the point of connection and over saturation of ads fails to keep this value at the core. “Meta years ago pulled back the amount of advertising to keep the platform focused on connections,” he added. “This feels like we’re very much moving back into the suffocating ads experience of over-abundance.”

Duane Brown, founder of direct-to-consumer agency Take Some Risk, believes that Meta’s focus should be directed elsewhere into improving the way it works rather than maximise on advertisements. He said clients have struggled with delays around reviewing ads and broken technology to upload and change ads. Other advertisers have reported similar glitches recently, according to a report last week from Insider. Meta told Insider that the company has found the technical glitch explaining why some advertisers have been unable to access certain features and is working on fixing it.

“I wish Facebook would spend time on making its Ads Manager and ad platform better and more stable to use,” Brown said. “More ad formats really benefits Meta in the end.”

Interestingly, I had a meeting last week with my release manager and he was telling me how backwards Facebook Ads Manager is. We are putting some funding behind the release of my new song and in doing so, Facebook Ads Manager requires that we list similar artists yet the programme doesn’t recognise artists that blew up in the past three years! Considering how quickly the music market moves that is a massive setback. Especially for me as a Latin artist seeing how far that specific market has come in terms of visibility in a post pandemic music industry. Personally, I therefore agree with Brown.

At the same time, Meta did announce brand safety updates that have been highly desired by the marketing community. For the first time, brands will be able to control content adjacency in the Instagram and Facebook feeds, according to their brand safety risk tolerance (low, medium, high). The brand safety standards have been specified by the World Federation of Advertisers‘ Global Alliance for Responsible Media. Brands will also have access to third-party reporting to hold Meta accountable and know where their ads appear, initially through technology from Zefr before expanding to other ad-tech partners including DoubleVerify and Integral Ad Science.

The new controls are currently in testing mode and expected to be rolled out in early 2023. They could present a big leap forward for feed-based advertising controls, which have been generally lacking up until now. Freelancing is growing massively amid covid-19, seeing the biggest surge in freelancers since the financial banking crisis. More… The characteristics of a toxic workplace vary greatly. From diva bosses to lack of HR to outright discrimination… 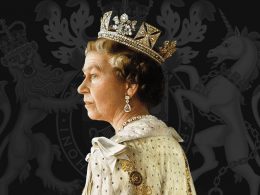 Advertisers reconsider campaigns, and ITV suspends advertising for 24 hours as brands respond on social media. As the…