Mother as a Creator is a staggering series 21 years in the making exploring the relationship between creativity, motherhood and culture.

A selection of the series is currently at the Daegu Photography Biennale in South Korea as well as showing at London’s Huxley-Parlour from now until mid-October. The series begins in October 2000. The Taiwanese artist is studying for a PhD in fine art at the University of Brighton but is meanwhile pregnant with her first child. Every few years, she takes a photograph – candidly lit, black and white, neutral facial expression – documenting the passing of time as her son grows from foetus to teenager. In each one, the previous portrait can be seen on the wall behind, a time vortex bearing a reminder of the person that came before. The series provides the answer to the question “would I be able to prove that it was difficult or even possible to be an artist during motherhood?”

In order to ask this question with nuance and authenticity, Wang brilliantly addresses gendered expectations of Taiwanese women, the depiction of motherhood and what it means, and what is or what is not a suitable subject in Western academic art.

It’s easy to take this project for granted through a modern lens. Today, in social media culture, images of diverse motherhood are plastered everywhere, some more authentically (take Ashley Graham) and some perhaps less authentically (we all remember that awkward photo of Emily Ratjakowski holding her red-faced baby). Wang’s project is ahead of its time. Not only in the depiction of motherhood but in its questioning, especially from the perspective of a woman of colour. Female pregnant bodies – again, now visible – were a taboo topic. Almost thirty years ago, it was Demi Moore’s pregnant Vanity Fair cover that changed the game and stirred fury worldwide. The pregnant female body was not to be sexualised and this has roots in the problematic imagery of Western organised religion. The beginning of this photographic journey sees Wang focus her PhD studies on motherhood from an autobiographical perspective. Battling morning sickness and general feelings of weakness, she remembers getting through her first year by “sheer willpower,” all while tending to her gradually-building research. One day, while experiencing a bout of morning sickness so bad she describes it as “unendurable”, Annie received some infuriating feedback which would prove pivotal to the direction of the work. The feedback was ironically delivered by a respected British artist who was also a mother and seriously questioned Annie’s choice of subject and “considered that this autobiographical project was not worth researching, particularly at PhD level”.

Annie lost her confidence in turn, and though it took a while, she eventually found a supervisor who supported her unique point of view and the beauty of the subject that she was experiencing so acutely. With this new supervisor, Dr. Chris Mullen, Annie was able to plunge headfirst into the tangled threads of identity. She unpicked the myth of the selfless Taiwanese mother, comparing it to the fullness and the complexity of the artist self, and how indeed the two could be mutually intertwined. Beyond the biological definition of motherhood, she also looks to the idea of a mother in traditional Taiwanese culture. In Chinese, the word “mother” is closely connected with sacrifice and “signifies an ability to consider other people as a priority.” Annie also nods to the proverb: “Honey is sweet, a kitten is soft, a mother is sacrificial”; another indication as to what is collectively expected of mothers. In Annie’s research, she cites Dr Carin Rubenstien who wrote: “That only by meeting this standard can [mothers] be applauded by society.” In her notable publication The Sacrificial Mother, the professor of psychology perceived this as a kind of cultural suppression where mothers learnt sacrifice was a good thing while viewing themselves as important was wrong. In the face of pregnancy and the pressures of an academic institution, Annie spectacularly explored how she might maintain a sense of artistic and personal autonomy as a mother. While much of her reading posed a societally backward struggle ahead of her, she found light in an unstoppable force of creativity which was only enhanced in motherhood. She found resonance with Adrienne Rich, the American feminist poet and essayist, who made a distinction between motherhood as an experience and motherhood as an institution.

Another beautiful feature of the series is the autonomy dominated not only by Annie but by her child.  As the series progresses, we see a child grow from an unborn baby to a fully grown young man in just a few clicks. The foreground is littered with objects that provide a glimpse into the mother and son’s wider lives. We see toys, Christmas trees, painting rollers, record players and books come and go with the years, building a bigger picture of the interests that come into play as an artist makes her way in the world while her son discovers language, music, drawing, eventually leaving home to find his own path in life like his mother before him.

Marketing Yourself as a Freelancer in 2022 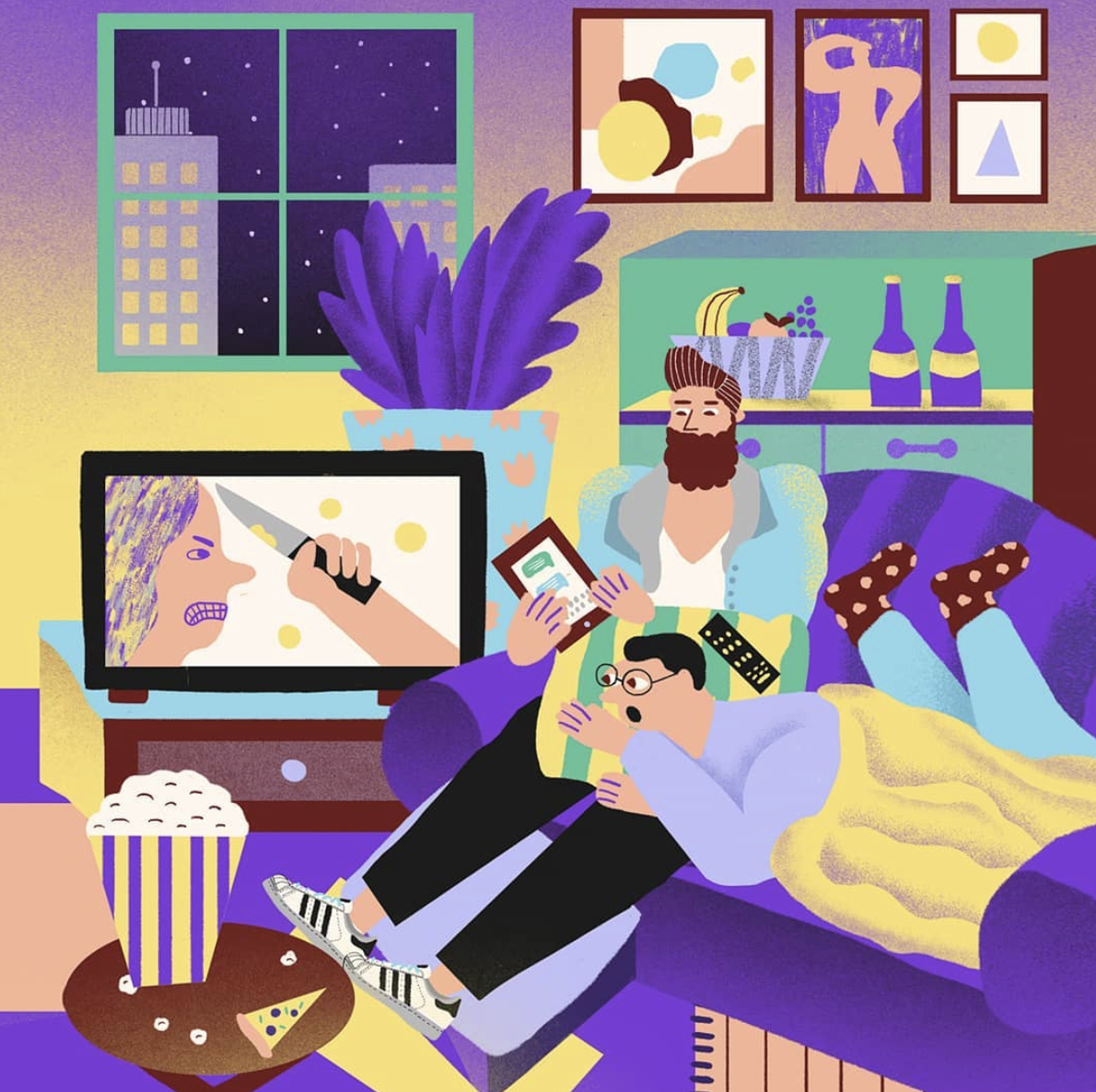 Illustrators on Instagram who represent the LGBTQ+ community beautifully

Heteronormativity is exactly that – the norm. Beautiful images of beautiful couples in the media have for years…

In a year spent mostly in our individual/support bubbles, these stylists provided us with unique looks and fashion… Abdulaziz Al-Hosni’s photography is GIVING! There really is no other way to put it. Grainy, hazy 90s-style finishes…