However, many have shined through the mud and the following product design campaigns bring joy and pleasure to a chaotic world that is rapidly changing. The UK got its first 100% home-compostable coffee packaging

Leeds-based coffee roastery North Star Coffee has created the first 100% home compostable packaging for its 250g coffee bags in collaboration with Grounded Packaging. The packaging degrades in around six months including the label, adhesive and ink.

The new coffee bags also have the highest percentage of bio-based material of any on the market in the UK, with collaborators Grounded calculating environmental impact and offsetting requirements to account for global transportation too. 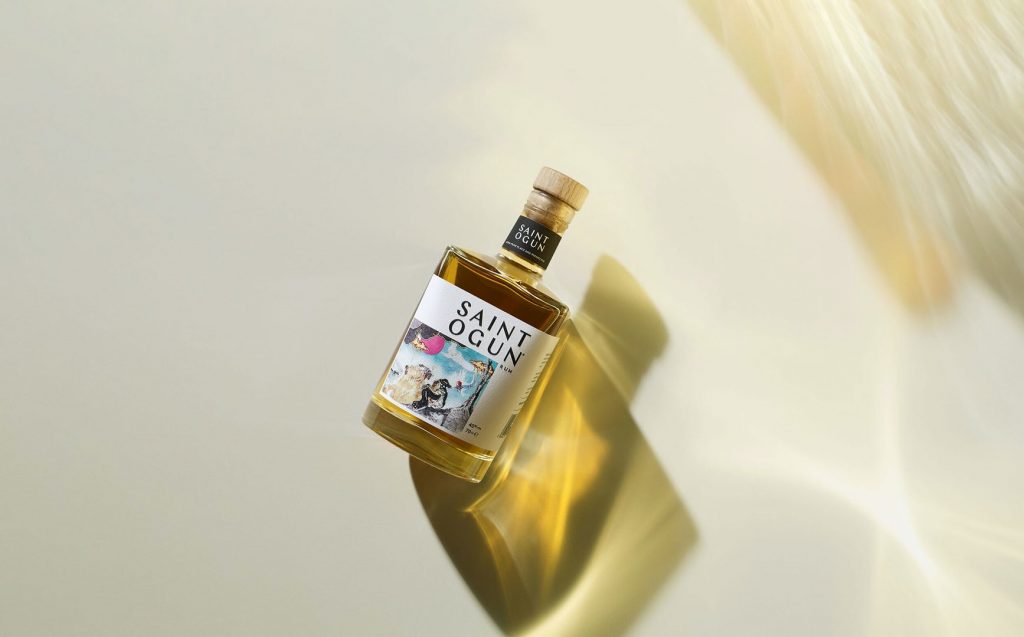 Its founders, Nic Akinnibosun and Rico Oyejobi, are two young men of Caribbean and Nigerian descent, born and raised in London. The two joined forces during the 2020 lockdown to bring us Saint Ogun, a rum brand that shines a light on the founders’ Afro-Caribbean heritage while keeping London at its core.

“We’ve been drinking rum as far back as our friendship goes. That’s many, many years – and so we set out on a rum that captures great taste with a view on the experiences we’ve had over that time and a perspective on the intertwined places and spaces that are backdrop for it all.”

As for the rum itself, it is made in both column and pot stills and is a harmonious blend from five distilleries across Jamaica, Guyana and Barbados.

The flavour is fruit with warm hints of soft vanilla. The bottle is squared yet soft. Its packaging is rustique and nostalgic yet refreshing, light and modern. Overall the aesthetic is neither overly masculine or feminine, overly youthful nor traditional. Saint Ogun is neutral at its core and sauve on its surface. 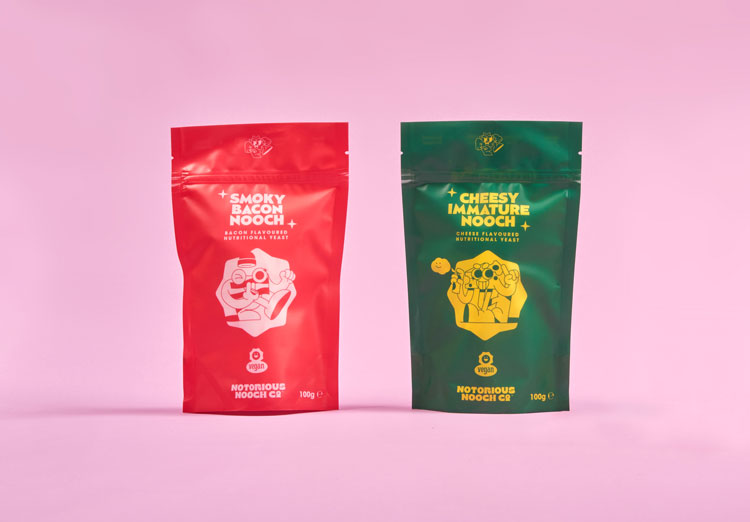 Designed by Wildish & Co, Notorious Nooch aims to make a statement in the niche market of nutritional yeast and vegan supplements. The design studio’s co-founder Sam Fresco eats a plant-based diet himself and noticed that recipes requiring nutritional yeast weren’t specific and that the products available weren’t tailored to the modern vegan’s use. Instead, he wanted to create a branding that reflected how people actually use the product.

Veganism and its accessibility has come a long way since the days of 90s lettuce salads. Notorious Nooch capitalises on this with flavours such as Smokey Bacon and ‘Immature’ Cheese. While nutritional yeast is traditionally found in health food shops and used as a vitamin supplement, more modern uses place it as an ingredient for vegan “junk food”. It was therefore important that the brand stay away from medicinal branding in order to stand out on the shelves.

Inspired by the alt-milk brand Oatly, Wildish & Co aimed for branding that is “fun, slightly nostalgic and a little bit hippie”. The team selected a “restricted core palette” that represented the two core flavours on offer – green and yellow for cheese, and red and pink for bacon. They paired this with 1950s style cartoonist designs of smiling burgers and hot dogs which also reflects the animal rights support behind many vegan diets.

Top Ad Picks of the Week

In the US, according to the FBI, hate crimes against Asian people have increased by over 70% in…

Emojis Have Gone 3D Under Meta

In Mexico, Canada and the U.S, Meta has launched a series of 3D Avatar emojis across Facebook, Instagram…

On January 14, just a few days ago, Visa launched its first rebrand since 2014. The big change?…